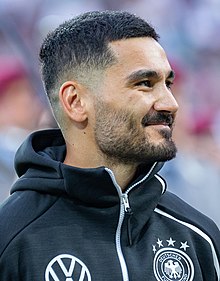 But now it seems that Arsenal have realised this too – either through their own data or by noting our regular charting of events.   Whatever the reason, Arsenal have continued pulling back on tackles and are now tackling less than any other Premier League club.  A wise move given that virtually every tackle gives a free kick to the opposition, and every six or so tackles earns a yellow card.

Arsenal have committed 283 tackles in Premier League games this season.  At the other end of the scale we have clubs like Leicester with 423 tackles, Southampton 447 tackles, and Leeds an amazing 452 tackles.

Thus Arsenal have adopted this style of play for a very good reason – because referees call a foul for every 1.27 Arsenal tackles – and that number is declining match by match.  Meaning referees are ever more likely to penalise Arsenal for a tackle game after game.  Soon for Arsenal it will be every tackle is called as a foul.   For Leeds United our last chart shows them getting away with 1.96 tackles before a foul is called.

Now having fouls called against the club is not too awful, but it is frustrating when those fouls are turned into yellow cards.  Arsenal are getting a yellow card after every 6.53 cards (a number that is, however, improving in Arsenal’s favour the more they refrain from tackling).

As a result, this season Manchester City only had 26 yellow cards (eight fewer than Arsenal) despite having committed 29 tackles more.

Of course spread across the games in a season such a bias is not noticed, and even if it were noticed it would not be commented up by broadcasters and journalists, simply because, they don’t.   But it is there.

And it means Arsenal have had to change their tactics, cutting down the tackles, and looking to find other ways to defend.

Here is the full table of tackles, fouls etc for the two clubs.

Those figures make the fixture look tough, but when we look at the home and away records of the clubs ahead of this match, it starts looking even less hopeful for Arsenal

Put those figures together and the projection is they will score one or two goals and we will score zero or one.  They best we can hope for is a 1-1 draw.

As recent performances by Manchester City show, this is going to be tough.