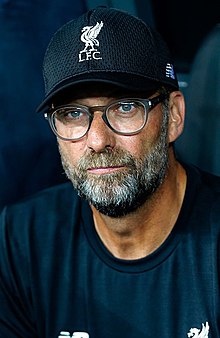 It is being reported that Jürgen Klopp has told Uefa and Fifa that Liverpool will not allow its players to go and play (or indeed sit on the bench) for their countries if they are having to travel to a location which will mean that upon their return to England there is any chance they will have to quarantine themselves for 10 days.

As things stand this affects players from Brazil and Portugal, and a growing number of African countries.  But of course other countries can be added to the list at a moment’s notice.

Taking the alternative view a number of Premier League managers have asked for an exemption to the quarantine rules which strikes me as pretty silly.  I am not at all sure that the virus actually knows whether it is getting inside a footballer or not, and without that knowledge, we have to take it that the virus attacks anyone close by.  So why should footballers be any different?

So, unless the travel ban regulations change, Liverpool FC will keep their players at home where there is a danger of them not coming back.

In response to this perfectly reasonable decision from Liverpool, the South American football confederation is thinking about postponing its round of games. Which sounds reasonable, until one asks the question, “Why weren’t all international matches put on hold the moment the virus moved beyond China?  Surely that would have been the sensible thing to do.

But then again one thinks, oh no, this is Fifa we are dealing with.  Sensible?  No, probably not.

Klopp is reported as having said, “I think Fifa was kind of clear that we don’t have to let the players go this time, and I think all the clubs agree that with the same problems we cannot just let the boys go and then sort the situation when they come back by placing our players in a 10-day quarantine in a hotel. It is just not possible.

“I understand the need of the different FAs but this is a time where we cannot make everyone happy and we have to admit the players are paid by the clubs, so that means we have to be first priority. That is with all understanding for the different needs and competitions coming in the summer, but you cannot make everyone happy at the same time in this period in our lives.

“We are not 100% sure of the situation as it is not clear in some countries, who may decide to change the venues they play and go to non-red zone countries. The whole situation is similar to the Champions League in terms of where we play and you have to wait until the last second pretty much because people need time to make decisions.”

It is surely self-evident that with the players training together if one player gets the virus, it is going to spread very quickly indeed.   As it was, Arsenal had to play both their games in the last round of the Europa League, in neutral countries.  And that was a case of taking a huge risk.

And it is obvious, having the players mixing with their compatriots from all over the world for training sessions, before a game, is really taking the risk far too far.

Klopp added, “…there were two periods, the last international break when more cases than before came up and the Christmas period, in which we were all involved and it was a challenge for all society.

“England is going in the right direction and it looks promising but we are concerned about these kind of things. What is a red list country? England is doing really well at the moment and I think we are on the red list for some other countries. It is not easy for us to travel from England. Having more information would be great.”

The simplest thing and quite clearly the best thing, of course would be to stop all internationals completely.  But Fifa and “the best thing” are not normally found together.