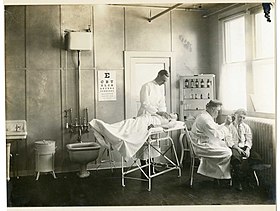 Yes indeed, Arsenal have fallen off the table.

Untold Arsenal has been recording the number of injuries Arsenal have, week by week, since 2010.  And as far as I can tell we have never ever ever had a weekend before, during a season, in which Arsenal has no injuries at all.  Not one.  Not a sausage.  Not even a 50/50 niggle.

Which means that for the very first time in 11 years the Arsenal manager can select the team that he wants to put out, without working his way around the wounded.

And as it happens, we’re not the only club on zero injuries at the moment: Manchester City and West Bromwich Albion also have no injuries, according to physioroom.

Top of the list are Leicester and Manchester United with eight men down, then Crystal Palace and Sheffield United with seven, followed by Everton, Liverpool, Southampton and West Ham each with six men out with little or no chance of playing.

As for our opponents, the Tottenham Hots, Harry Kane is being assessed and the feeling is that it is nothing serious and he will play, while Giovani Lo Celso is also down as being assessed but with a much lower chance of playing.

Now if you are a regular reader may I first say thank you, and second say, you will recall that earlier in the pandemic we spent a lot of time analysing why results have changed since the advent of no crowds in the stadia.

We found the answer thanks to the research team at London School of Economics who proved that a lack of a crowd changes the behaviour of referees, such that they are less likely to favour the home team when there is no crowd in the stadium.

So I wonder if we have now seen another effect: fewer injuries when there is no crowd in the stadium.

Many injuries are just a result of the player doing something to his own body, and thus pulling a muscle.   So it could be that the extra stretch that causes the problem, or the extra aggressive challenge that injures an opponent, is caused by players getting over-excited by the crowds.

Obviously I can’t read players’ minds and no one would ever admit such behaviour, but we might think back to the injuries to Eduardo and Ramsey (to name but two) and have the feeling that the players involved were being reckless at the very least.  Nothing can be proven of course, but watching matches one slowly gets the feeling that this is how things go in certain clubs.  Players are wound up by fans who feel that it is a good idea to harm opponents and get encouraged by fans who have a “us against the world” attitude.

This is not an attitude I ever experienced at Highbury, nor have I at the current stadium, but it is certainly a feeling I have had in certain other grounds.

On the other hand, the BBC reported in November last year that “there have been 133 muscle injuries in total over the first nine matchdays of this Premier League season, a 23% increase compared to the same period last year.”  So maybe my thought about the crowd being the game changer is not right.  It would be good if someone could come up with some further thoughts on this.

Our ex-physio Gary Lewin did an interview on BBC Radio 5 Live in which he blamed the lack of the normal break and pre-season warm ups with the persistent two games a week for an increase (not decrease) in injuries, saying quite reasonably, “If you’re not fully recovered from your previous game then fatigue will set in and muscle injuries will go up, because if you have tired muscles and you load them again, they are going to break.”

That would make sense since there were seven weeks between the 2019-20 Premier League season ending and the 2020-21 campaign starting, compared to 12 as originally planned, because of the coronavirus pandemic and some clubs had Euro matches and there were internationals at that time.

But all that would mean that we should be seeing more and more injuries just now, not fewer.

So, the reason is unclear, but whatever the reason, this is a moment to cherish.  Arsenal are injury free, and Mr Arteta can pick the side he wants.

6 Replies to “Arsenal drop off the table. Never before seen event.”