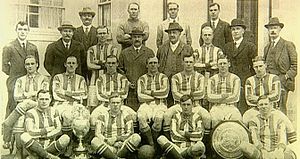 Arsenal v WBA is a game we normally win without too much bother.  We’ve beaten them 73 times and they’ve got the better of us 38 times.  There have been 31 draws.

Reducing the games to this century only we have only been done down by them four times – all four of them being in the League.  In fact that’s 29 games with four wins for them and four draws, leaving us with 21 wins.

West Bromwich’s traditional problem has been goal scoring.  Since 2008/9 they have only had one player (Dwight Gayle) who has scored over 20 goals in a season – and that was in the Championship in 2018/19 when he got 23.   Indeed in five seasons since then they have not even had a single player who has scored in double figures.

Yet despite this they have did get to the heady position of 8th in 2012/13 in the Premier League.

Last season was their second in the Championship and this has been their general form – one or two years in the second tier followed by a while in the top league struggling against relegation, and then repeat.

As for the manager, well the somewhat larger variety of the clan of Sam is one of something like 60 managers they have had across the years.  Their first manager Louis Ford won the FA Cup with them in 1892 although it was Fred Everiss who managed them from 1902 to 1948 who is the most extraordinary man ever associated with the club – indeed with any club.

Teams and other stuff coming up next…