Over the last ten years Arsenal have won the FA Cup four times, and had a runners up places in the league, the league cup and the Europa.  And that’s it: four trophies and three second places.

Which raises the question, what now? 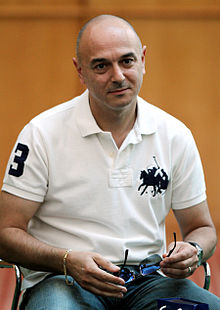 Of course as an Arsenal fan I’m not going to be able to set out a cool judgement on this, but then I rather feel that neither are many of the people who write about Arsenal able to do this either.

For what most commentators think that Arsenal need to do is to spend, spend spend – although the main blogging and journalistic stories this morning are about Arsenal selling players, including Granit Xhaka (the best player for the club last season according to the Football Observatory stats).

Tottenham’s stories are about the new manager, although like Arsenal the story is of disaster on all sides as with “‘It gets worse’, ‘Embarrassing from Levy’ – Many Spurs fans fume as ‘heartbreaking’ news emerges (This Is Futbol) and “Levy risks unmitigated Spurs disaster by hiring 62 y/o who’d “clash with the players” (FootballFanCast.com).

There is also a truly negative piece in the Guardian about Tottenham (Daniel Levy The Common Denominator in Tottenham’s endless managerial farce).

And as we have noted on this site there are plenty of articles around suggesting that Arsenal need a better manager than Mr Arteta as well as a vast array of new players, throwing out the old and bringing in the new.

But one thing that is not written about at all, is that Tottenham, like Arsenal did manage to pull off quite a tactical trick last season with the yellow cards.  While Arsenal beat every record by reducing their yellow cards by 45% Tottenham reduced theirs by 35%.  Quite amazingly Tottenham did this while increasing the number of fouls they committed during the season!  However the answer to that might be in Prem League refs desire to wave yellow cards has been reduced by VAR.

Interestingly both clubs were right at the top of the yellow cards list the season before (Arsenal got 86 and Tottenham 82).  But while Arsenal’s fouls went down by 18% in order to cut their yellow card rate this last season, Tottenham’s foul rate increased by 4%.  Very curious indeed.  Not unique, as three other clubs did this, but interesting and unusual.

On Christmas Day I am sure some Tottenham supporters would have been quite happy with the league table.  They were just two points off Leicester in second place and 11 points above Arsenal who were 15th.

But then if we measure the table from that point to the end of the season, we find matters reversed

Of course we know that Arsenal had 11 points to make up, and only made up ten, but I think there is more to the table than just that.

Arsenal got 1 point per game in the first third of the season and almost double (1.96) in the second two thirds of the season.

Of course some say that all that matters is the final league table – but I retain the view that it is how the season progressed that matters.  The only team who did better than Arsenal in the final two thirds of the season was the champions, Manchester City.

The Guardian’s view is that “Levy basically has untrammelled power to keep messing up and getting away with it.”  I would say Mr Arteta has found a way to make Arsenal the second best team in the league over the last two thirds of the season, and doing this a bit more next season would do us nicely.  No new players, and I’d love to see no sale of Xhaka.  Just more of the same.