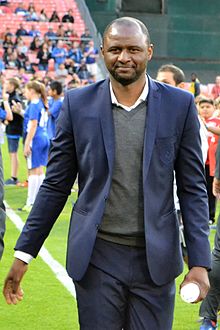 The injury table retains its somewhat unusual look with Arsenal retaining their place either at the top or the bottom, depending on your point of view and which way you are holding up your computer.  Curiously, Crystal Palace are right next to us.

Indeed being in the south of the country is clearly good for one’s health these days since all the teams with four or fewer players out are in the Midlands, London and the south.  Only Tottenham Hots break ranks with the pattern which shows it to be healthier to live in the southern parts of the kingdom.  The rule obviously has to be “live in the southern part of England, but not play for the Totts.”  Or come to that Manchester United, who appear to have no one injured at all.

Here is the list of Premier League clubs in order of the number of players out injured and still can’t beat Leicester.

All of which leaves the manager with the chance to pick the same team as last time or shake it up a bit.

The home / away tables this season show the advantage with us

And indeed if we look back to last season when the away clubs had the advantage because of the withdrawal of the referees’ bias toward home teams we still outdid them in all departments.

So the tealeaves are in our favour on all fronts it seems.  And in fact it is true that Palace are one of our favourite teams to play with them having only beaten us five times, against our 29 wins and 15 draws.

Indeed it all started out well from the very start with the opening game being an FA Cup match at Highbury in the fourth round in 1934.  We won 7-0.   And just to show that was no fluke, the first-ever league match between the two (our second ever meeting) was in 1969 and ended Crystal Palace 1 Arsenal 5.

Palace have only beaten us three times in the Premier League, twice at our place once at theirs.  Here is the recent record; all games in the League

Which shows that the ability to count a game against Palace as a walk over is no longer one we can count on.