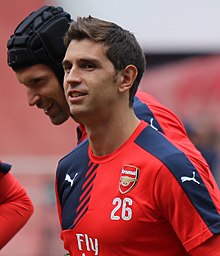 The media knocking of Arsenal continues unabated, and it is now getting all rather amusing as we find the Mirror, which has been at the heart of the proclamations that Arsenal are on a downward slope to nowhere, spent much of its commentary before the Villa game defending ex-Arsenal keeper Martinez by saying,

“Meanwhile, Martinez has gone on to be one of the consistent keepers in the Premier League and was instrumental in helping Argentina secure a historic Copa America in the summer.”

Of course one of the very big problems with the media today is that they will have their journalists write anything to prove a point, whether they use evidence or no, and then just move on to the next untruth.

But we do like to keep track of these things, so here is the current league table in the order of goals conceded.

As we can see Arsenal, who reshaped their entire defence this summer, are 12th in a league table based on goals conceded – and of course, we would all like them to higher – but as we have oft noted, a totally new defence and a totally new tactical approach has caused problems.

Villa however didn’t spend a penny on defenders last summer, although they brought in Ashley Young from Inter on a free and Axel Tuanzebe from Manchester United on loan in the summer.  Of those only Tuanzebe played.

So one new defender for Villa playing in this match and four for Arsenal who changed everyone from the keeper outward.

With Villa having had this seemingly world-class keeper for over a year, and a very settled defence we might have expected this to show dividends against a team that has changed the keeper and three out of the backline.  But it wasn’t like that at all.   Our defence is not perfect yet, but it is certainly getting that way.

Indeed if we look at the last six games, as we did in the last post, the situation for Villa is even more dire.  In the last six games up to last night Chelsea, Manchester City, Arsenal, Liverpool, Wolverhampton, Manchester United, Everton, Brighton, Leicester, Brentford, West Ham, Southampton, Leeds, Burnley and Norwich have all let in fewer goals than the Villa defence with Martinez behind them.

Put another way only Newcastle and Watford have let in more goals in their last six games than Aston Villa have with Martinez in goal.

Of course conceding goals is not just down to the keeper, but the fact is that ever since Arsenal sold Martinez, (who you might recall, said he would not sign a new contract unless he was first choice keeper) he has been letting in goals like there is no tomorrow.

And as the “last six games” table shows he is getting worse and worse.

We also know that he cannot be trusted to obey international regulations relating to covid – and having someone in the squad like that can be very dodgy, given that he could vanish off anywhere at any time.

For the reasons we have noted Arsenal’s defence has not been perfect, but it is improving what with being the third best defence in the league over the last six games.

But what puzzles me is why?   Why is the Daily Mirror so fixated on publicising the abiilty of an Argentine covid rule breaking goalkeeper who is not particularly good?   Perhaps he’s related to one of the journalists.  Or maybe there is a different reason.