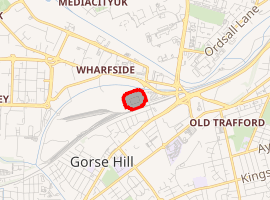 Dating back from 1976 to the present day we have a collection of Arsenal v Manchester United videos on the Arsenal History Society Website.  It’s completely free, and hopefully will act as a nice warm up to Thursday night’s dramas.

But to consider the games against Manchester United in the past – they are one of the very few teams who through history have got the better of us.  For while we have won 85 games, they have won 99.  50 games have been drawn.

This rare appearance of Arsenal being beaten more by a team, than we have beaten them, comes in part through a dreadful run between 2009 and 2014.   And painful though it is I’m setting the whole set of horrible details out below…

15 games with just one win, and including the horriblest of horrible days, the 8-2 thrashing.

But it is interesting to know that following the 8-2 defeat, in the next 17 games we won 12, lost 2 and drew 3.  So although we could all have done without the 8-2, by 19 November we had a positive goal difference once more and were back in the European qualification places by being in sixth.

In fact we finished that season in third with a plus 25 goal difference which is something I suspect most of us would quite happily take this time around.

And indeed although in recent years we have not handed out a reversal of their 2009 to 2014 run against us, between December 2018 and January 2021 we played seven and lost just one against them, and that was in the FA Cup.

As we have seen in a recent article, Manchester United are in a dire run of form at the moment – with the last six games table having them in 18th and Arsenal in 4th.  They have indeed won just one, drawn one and lost four in those last six.  That places them just one point above Newcastle in the “last six” table.

And as for Manchester United it is not a case that in recent years they always end up above us.  In 2018/19 for example, we were sad to end up fifth, but Manchester United must have been even more disappointed to come in sixth.

2 Replies to “Manchester United v Arsenal – a variable history, but will a real ray of hope”