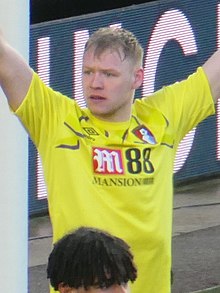 By and large football journalists know little about football tactics, and less about football supporters.  But still they go on pretending that they know exactly what clubs should do, in the vague hope that this will then stir supporters into criticising their clubs, which will then give the journalists another story without doing any work whatsoever.

Take the Guardian’s piece, Ten signings Premier League clubs should target in January   The implication is clear – the clubs SHOULD try and sign these players but they probably won’t because they don’t have the insight of the journalist who wrote the piece.

For what it is worth Arsenal SHOULD try and sign Dusan Vlahovic of Fiorentina and Andrea Belotti of Torino.  So now we know.  Such a signing (or two) will then push Martinelli and Balogun further down the list, encouraging each of them to leave.  Did the journalists think of that?  Well most likely yes, because if Arsenal do sign one of those two players suggested, then the club will be blamed for not supporting its own youth players and the journalists will have another tale to write.   It was ever thus.

Manchester United come to the match what journalists like to call “the back of a positive run” – they have not been beaten in two games, after beating Villareal and drawing with Chelsea but before that it was one win in five games – a victory over the not very mighty Tottenham Hots.

The BBC, as it generally does, is predicting a Manchester United revival, with the entity known to the BBC only as Lawro saying, “United still don’t look right at the back but a point at Stamford Bridge was a step in the right direction and, if Aaron Wan-Bissaka hadn’t had a rush of blood, they might have taken away all three.  Surely they will build on that improvement and I am sure we will see more of the same against Arsenal.”

However if it is a draw or we win it will be the first time in history that we have gone through seven games without a Manchester U. victory.  Also if we stop them scoring then it will be the first time we have gone through four games in succession against them without conceding a goal.  A 1-0 win would make it the seventh match at very old Trafford that we have won by a single goal in a row, which would be rather jolly.

And I must admit the BBC do come up with some fine statistics.  Take this one for example.  Manchester United in their league games last month delivered 17 shots (an all time Premier League low).  Against them they faced 60 shots, more than any other club.

That seems hard to believe.  Here are the matches that gave those totals…

And another one; between April 1958 and March 1959 Manchester United failed to record a single match in which the opposition failed to score across 21 home matches.   They have not reached that monument yet, but are on 14 consecutive games.

Countering that, this season, if we score, we don’t get beat.  Look…

So an early goal would be welcome.

5 Replies to “The overwhelming arrogance of journalists is destroying football”