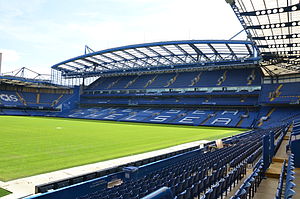 One of my arguments against the way the entire media in England presents Arsenal is that the media has a “standard view” into which all the facts are twisted to fit.

This view says that anything that is negative that surrounds Arsenal is normally totally Arsenal’s fault.  Many of the things that happen with some other clubs (Chelsea for example) is really hard luck and unfair.

Indeed we have a perfect example of this with a hysterical headline from the Daily Mail that recently appeared in which they effectively ask for sympathy for poor Chelsea while ignoring the fact that Arsenal have suffered the same fate.

Here is the current “poor Chelsea, it’s not fair” headline…

Chelsea face fixture chaos with up to THIRTEEN games crammed into just six weeks after the Premier League’s winter break,

And it does indeed sound pretty dramatic and unfair, so that in reading the statement we don’t actually take in what “up to 13 games in six weeks” means.  But the boldness of the heading (which in the Mail was about twice the size as I have presented here) and the emphasis on THIRTEEN (which cleverly stops us taking in the meaning of “up to”) means we just think “oh, wow, that’s ludicrous”.  Poor Chelsea.

The piece was written by CHARLOTTE DALY (always as block caps in the Mail, for reasons which will not become apparent at this time) who presumably is not the Charlotte Daly who is Head of Policy and Strategy at London Borough of Islington.  (Be funny if it were though!)

Anyway this Charlotte Daly is a one-woman typing machine, as in one day (and yes I really do mean one day) she produced not just this “13 games” story but allso five other earth-shattering football articles for the Mail.

And if you find it hard to believe that one journalist can produce six researched, detailed and checked-for-accuracy articles for a national newspaper in one day, these long links are the actual headlines of her stories in the Mail…

‘Only God knows what will happen next’: Arsenal and Tottenham target Dusan Vlahovic remains coy over move away from Fiorentina as £70m-rated Serie A top scorer breaks his silence amid interest from the Premier League

‘Tyson Fury, Deontay Wilder – I would like to test myself to their level’: UFC heavyweight champion Francis Ngannou insists any new contract MUST include a clause to allow him to box amid standoff over deal

Tottenham will have the chance to sign Adama Traore for cut-priced £20m’, with Wolves manager Bruno Lage willing to ship out Spaniard and fund January moves

Now my point here is that it is not just the writing of the story that takes up the time of the journalist, it is also the research, the phone calls, the checking, the editing, the following up on anything that doesn’t quite ring true…

Even on Untold Arsenal, which of course is just a blog run by a few friends and without any pretence of having lots of contacts in the world of football who we can call up and get information from, it normally takes several hours to research, create, type up, check and publish a story.  And we’re just an amateur blog.

The Mail is giving us the pretence of being a newspaper bringing original stories to us through the day.  Stories that its team has researched.

But instead, it seems like it is one lady knocking six of them out AND doing all the research, day by day.

So how could this be?  Well, one way would be that the lady in question is simply not doing any research or checking at all.  But no, that would be too shocking!  No checking of facts???

Really this is not news – it’s just an old story.  The key issue is how many Chelsea will win.  Arsenal won eight, drew one and lost four.   But most of all, we won the cup playing this ludicrous schedule.

Poor Chelsea?  No, Arsenal had it that bad, and quite probably so did other clubs but it does raise a question.

In reality it looks as if none of these stories that pour out from the Daily Mail hour by hour is actually researched at all.  Maybe they are all created by people just sitting at computers making things up.  Now there’s a thought.

One Reply to “13 games in six weeks! Chelsea’s hard luck story; Arsenal have been there done that”