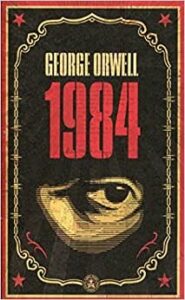 If you have had a read of some of the commentaries on this site about Arsenal’s request for a postponement of the planned match for today against Tottenham you might notice several points that link the commentaries together.

First, although the articles on, for example, the Liverpool postponement carried a fair amount of evidence in relation to the statistics, the response to this has by and large not questioned those stats but instead said the suggestion something is wrong is nonsense or sour grapes.  In short, we have had a lot of opinions, but virtually no recourse to evidence.

Interestingly some of these comments have been along the line that our analysis of the Liverpool situation was clearly nonsensical “and you know it,” while questioning the Liverpool case but not the Tottenham v Arsenal situation shows the author to be plain biased and stupid.  From our point of view, there was some very interesting evidence in the Liverpool case which has not been debated, while we have no such evidence in the Tottenham case that anything is amiss.

In essence, we have the battle between the expression of opinion without evidence (but with associated name-calling) and the opinion with evidence which seems to be ignored or derided by everyone involved.  (And I would say that as always, we haven’t published all the comments – as ever, some are so abusive or repetitive that there seems little benefit in publishing them).

Thus we have no debate in the traditional sense, with people instead putting forward different points of view and bringing in evidence to support the case.  Rather one side produces some facts, and the other side calls the first side idiots, and that’s that.  The debate, therefore, ends because one side does not just deny the facts, but denies the need for facts.

This situation is, for me, even if for no one else, rather worrying in that what we have seen in this debate is an example of opinion and views counting for more than evidence.  Indeed it seems to have moved on from the situation we were in about five years ago where calls for evidence were met with the response that “I have the evidence of my own eyes.”  Now there is not even a need for that.  The non-evidence people simply know.

Such a position has, in my view, been aided by the way football is reported in the UK.  Almost everything concerning football in the media is centred on opinion, while the few facts that do emerge are carefully chosen not to reveal anything much.

The one new statistic we have had in recent years is expected goals which measures the quality of a chance.  When one thinks about it, this is actually is a rather obscure thing to measure, especially when one remembers all the things that are not generally commented upon.

The implication of expected goals seems to be that the more high-quality chances a team creates, ultimately the better its results will be.  And yes it is helpful to know that a team lost and created very few quality chances.  In short, it lost and deserved to lose.   But I am not sure that gets us very far.  Teams with a high number of expected goals might lose a game because goal-bound shots graze a defender’s leg and go out, and so you get the feeling that was just unlucky, but is that actually more interesting than knowing why some referees hand out multiple yellow cards and others very few?  Or how referees are chosen for a certain game?  Or why a club might get the same referee (who gives out multiple yellows) over and over again?

As you may have noticed, on this site we’ve been reporting on a range of factors that can be measured properly such as the number of tackles, fouls and yellow cards each team gets and how varied the numbers and relationships are.  We might note that not only does no one else publish these figures. We might also note that although the Premier League’s official site publishes a lot of figures for each PL club, it doesn’t publish the figures for the number of fouls – which using only their data makes the tackles / fouls / yellow card analysis impossible.

Fortunately, the figures are available elsewhere but the PL’s failure seems odd.

We also took a lot of interest in Arsenal’s results at different stages in the campaign last season, the way Arsenal get the same referee over and over, and what impact that has on yellow cards – and so on, but very few others do this.

The point is that the absence of meaningful evidence means there is no serious debate, only opinion.  But why is it like this?  That is an interesting question, but it is another one that doesn’t get debated, because it is never acknowledged that football reporting and commentary is singularly lacking in facts, but is utterly dominated by opinion.

For example, there is no debate in the UK about whether countries should get together to reform Fifa, because there is no reporting that anything in Fifa is amiss.  Nothing about the court cases, about Infantino’s fiddling of expenses, about the take over of African football….

So we actually have two problems: the media focuses on opinion and not facts, and when it can’t do that, it simply doesn’t report the issue at all.   As a result, opinion becomes worth as much as facts – and I refer you to the commentaries in Arsenal ask for postponment, but will the club get equal treatment? by way of example.

With facts ignored, there is no debate as dictatorships across the world show us daily, and indeed as Orwell portrayed exactly in “1984”.  There, the populace at large adopted and accepted the notion of statement being good, analysis based on meaningful facts, bad.

And this is where we now are.

Elsewhere: how Arsenal won the double, but TV hardly noticed.