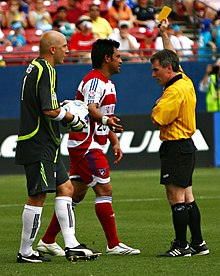 One explanation as to why we can’t beat other teams who are aiming for European football next season is that our defence has not yet got itself adjusted to the way they need to perform when facing Liverpool, Chelsea etc.

In this regard, we were not helped by the fact that we bought a new defence last summer, although we do now sit two places higher up the league than they did at the end of last season.  But can we trace this improvement back to tactics?

To compare where the top six (and we’ll throw in WHAM as well, since they have a top-six position at the moment and their figures are absolutely bonkers) are we need to look at points per game as this table does…

Columns three and four measuring points per game allows us to compare how the clubs (which have played different numbers of games this season) are doing this season with last season.

As we can see, of the seven clubs considered five of them have improved, and two (Manchester United and West Ham United) have declined in terms of points per game.   Although Arsenal are in the improvement group, doing better than last season overall, we are not doing anything like as well as we did in the last two-thirds of last season and have seen nothing like the improvement of Manchester City, Chelsea and above all, Liverpool.

But the revolution in defence that Arsenal introduced last season has been maintained by the new players.  We now tackle less and get called out for fewer fouls than our rivals.  Although third in the yellow card list we are at the level of Liverpool.  West Ham are way out in front but their figures throughout are incomprehensible.

The number in brackets after each total is the order among the seven clubs, (low to high), for that list…

What we can see is that there is a clear link between the three columns.  It doesn’t hold up totally in every case not least as referees seem amazingly reluctant to give West Ham yellow cards no matter what they do, but otherwise, there is a similarity in position.

Arsenal tackle least, give away the smallest number of fouls, and were it not for the eccentric and bizarre treatment of West Ham would be second in the yellow cards table.

Chelsea at the other extreme, tackle the most, foul the most and are only exceeded in terms of yellow cards by Manchester United (5th in tackles, 6th in fouls, top in yellows).

But the most interesting figures normally come when we compare relationships.   Of course, a club that bought a load of the very best tacklers in the market could be tackling at a high level but only getting a limited number of fouls and yellows.

Given the way Xhhaka is reported and even allowing for his injury, one might expect Arsenal to be bottom of the list throughout, but we are not.   The club in trouble is Manchester United; the club sailing through the season virtually untouched by referees is West Ham.  How they do it I don’t know.

West Ham have found a way to play in which they tackle more than other clubs in the top seven, but get punished far less in terms of fouls and yellows.  As I say, how they are doing it is beyond me – I watch the videos and note the tackles (remembering they are the sixth-highest tackling club out of our top seven sample) and the refs just don’t see their tackles as fouls or the fouls as yellow offences.

Arsenal’s new defence is doing ok in learning the ways of refereeing, (which will undoubtedly have come as a shock to them upon arrival for those joining from beyond the PL), and they will be pleased with the numbers.

We can commit more tackles before having a foul called than our rivals except for West Ham, whose numbers are frankly bonkers.

We can commit more tackles before getting a yellow card than West Ham and Liverpool; Liverpool have been able to tackle and tackle for years without getting yellows.  We are getting closer to them.

And here’s a final thought.  West Ham and Liverpool have gathered a reputation among commentators for having clean, nice, jolly decent players.  That couldn’t be the explanation could it; their reputation..

But leaving that aside, it looks like our numbers should start improving over time.  It’s just taken the new defence a while to get used to it all.

So far Arsenal have been on five different runs this season. What next?

10 Replies to “Arsenal and the top six, why can’t we beat the other top teams?”