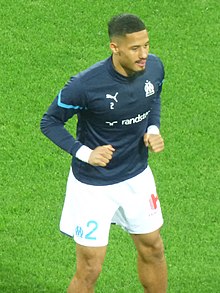 OK Jack’s moment of balance came as he was talking to Arsenal Media so we are not going to get any criticism but even so it was good to read a positive comment after all the raging negativity being thrown at the club across the last week.

Considering the young players who are now regularly part of the first team, and not just the first team squad, Jack said, “The obvious ones, who everyone knows about, are Bukayo and Emile.  I think you’ve just got to look at the level that they are setting.

“The consistency that they’re putting in every week, their performances and they’ve got a manager as well who trusts them and I think if you’re a young player at Arsenal coming through the academy now, you should look at that and think, ‘Well, if I’m good enough, I’m going to get a chance, no matter how old I am.’ “

He then continued with what seems to me the most important part of the issue…  “Yes, you’ve got to work hard and prove yourself, but with a manager who believes in youth and wants to build a young, hungry team, so they’ve all got a chance.

“I mentioned before their consistency levels which is sometimes rare for a young player, a lot of time you see a young player come in, have a good game, three or four good games, maybe one or two bad games, but with Emile and Saka, it seems to be they’re doing it week in, week out, they’re making the right decisions all the time.

“But the one who I really like and think he’s going to be top, is Martinelli.   I think what the manager has done with him has been genius as well.

“When I first went there he was training, coming on, not playing much, but training really well and I was thinking, ‘He’s going to get a chance here’ and he eventually got his chance and he’s been brilliant.

“He was the Player of the Month and he’s been brilliant and he trains like that every day as well.”

“The consistency that they’re putting in every week, their performances and they’ve got a manager as well who trusts them and I think if you’re a young player at Arsenal coming through the academy now, you should look at that and think, ‘Well, if I’m good enough, I’m going to get a chance, no matter how old I am’.”

Now of course that is a man who is training with Arsenal, talking about Arsenal so he’s not going to come out and say negative things, but it is interesting that the counter-offensive against the media negativity has got underway.  In the past I think Arsenal have done themselves no favours by simply ignoring such issues.

One interesting story that has emerged is that as part of the training programme in the middle east, Arsenal players have to run from one end of the pitch to the other while being pelted with tennis balls.  No explanation has been given but the tennis balls could represent the remorseless illegal tackling the opposition come up with when playing Arsenal, or the raging negativity from the media and the anti-Arsenal Arsenal before during and after games.   A rather fine symbolic gesture in fact.

Meanwhile attention has turned to William Saliba.   It was back in July 2019 that Arsenal signed him on what is normally reported as a five year contract for something in the order of £27 million.  He’s a right footed centre back.

Since then he’s been getting the games, with 16 for Saint-Étienne in 2018/19, another 12 the following year, 20 games with Nice last year, and now 21 with Marseilles.   Comments relating to him include “William Saliba delivers absurdly brilliant performance” (Daily Cannon), “A+ William Saliba continues to shine” (Eurosport),  “William Saliba voted France’s hottest prospect” (Daily Star), and the tale of how “Edu and loan manager Ben Knapper were both in attendance for the PSG game, when Saliba produced a brilliant, goal-saving challenge on Mbappe in the final minutes of the goalless draw,” (The Telegraph).

The only black mark against him is an investigation into Saliba and some other players over a video last year which the French Football Federation considered harmful to the image of football.  So maybe next season…

17 Replies to “Jack Wilshere provides a moment of balance, while Saliba is setting them alight.”