As the rain was falling we didn’t really go outside to the pitches. But suddenly a door opened and a big impressive young Argentine came through the hall way. Yes it was Martinez who was getting extra training. As he was named to play against Brentford he was on extra training duty.

Another person that was in the venue was a player that was injured and we got informed but only after a strong advice to not share it on the internet as our opponent later that day shouldn’t know about it till shortly before the match. It was Mkhitaryan who got an injury playing in the Europa League who was in for assessment and treatment.   As it turned out he didn’t get to play, but he sure has an impressive physique when you see him pass just a few meters away.

The next place we went too was the recovery installation. A swimming pool with a bottom that can be brought up or down depending on the players who are in it and the exercises they have to do in the swimming pool. This swimming pool also has 4 windows in the walls under the ground where doctors and physiotherapist can look at the movements players are making. This is of course very important when players are recovering from injuries. 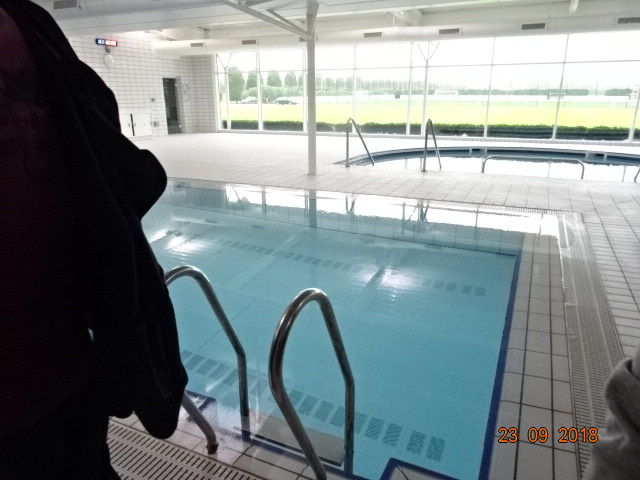 The swimming pool below and the ice bath on top.

Another pool was a hot tub and then after having gone in those two pools the players entered the ice bath to have a walk around in it. They have to do this 3 times in a row after having played a match as it helps to stop the exhaustion from the match and helps the body to recover.

Arsenal also has a cryochamber. This is a special chamber where players spend 3 minutes in total. The first 30 seconds they get a temperature of – (minus) 60 °C and then the next 2.5 minutes they undergo a temperature of around minus 160°C. Players have to wear protective gloves for their hand and feet, glasses to cover their eyes in order to not get frost bite. They also have to move around (jumping or dancing) in order to stay alive. A bit of music helps them to move around.

The big advantage of this method is that it is very fast and it gives a kind of shock to the body so that the players completely recover in that short time. Players can choose the method they want to use themselves. Some only use the cryo-chamber, others never. That is completely up to them and how they feel about it. Some like it hot…others like it cold.

London Colney has two gyms. The second one was built in the second building phase. So the oldest one is not used that much anymore in general, except for specific exercises or tests. 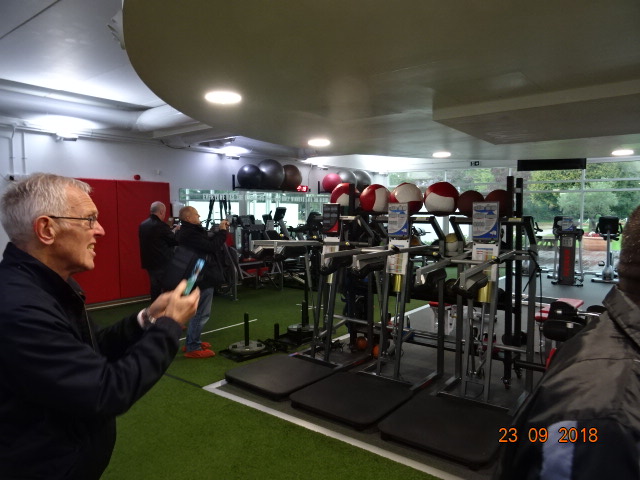 There is a story that has circulated for many years which says that Arsenal’s injury record was by far the worst in the league, and this was due to the training methods of Mr Wenger.  It was also said that he was  stubborn and never wanted to change anything.  That is completely wrong.

For as Untold has shown and was confirmed by our guide our injury record was not really any worse than United’s or any other clubs. The big difference was that because of the lack of money we had a smaller group of top players to pick from. The fact was that United could lose three top players and they had another three on the bench. Wenger had fewer top players to choose from when we had three injured senior players who were injured.

Wenger in fact was obsessed by getting the training and fitness right. And he wanted to do everything and use every technology available to improve the injuries and the fitness of the players.  So Wenger asked that the “Performance centre” would be build in order to achieve that. A performance centre that was in the second phase a few years ago and that uses the most amazing technologies.

Every player gets a special vest on him in training and in preseason. You probably all have seen them before in preseason matches. In the vest is a special equipment that measures each and every movement a player makes. They can even measure the pressure a player uses to run and see if the player still is full of energy or is getting close to being tired. Or is tired out. 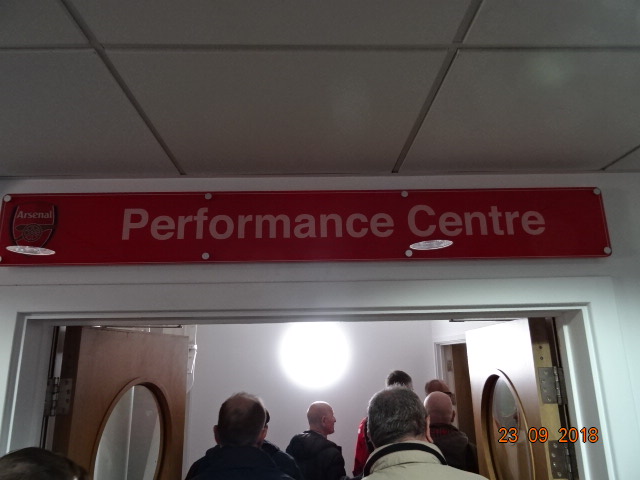 The new heart of the medical centre

The medical team also takes on a regular basis body scans of all the players. They could even see if a player has gone to McDonald or Burgerking during the week. The eye of the computer sees it all.

One of the problems with players is that they don’t tell the staff when they carry a knock or feel a slight pain somewhere. Players will lie to be able to be in the team.  The thought is that every injury can mean the end of a run in the team, so it is better to play with a minor injury than possibly lose your place in the team.

Well those days are over. The computers at Arsenal will detect every small difference a player shows in his training or running. And the body scan will do the rest. Of course players will still play with small knocks if it is required but then it is based on the risk assessment between the medical department and the training staff.

Now all those surveys came in force a few seasons ago. Remember the wonder season of Van Persie before he jogged off? When they started this Van Persie was one of the first improvements. Because the computers found out that he was over training and therefore was running on empty on match days and thus getting muscular injuries. So they adjusted his training programme and suddenly he wasn’t injured anymore and scored lots of goals. Unfortunately he then left the club and Manchester United benefited from his new fitness levels. 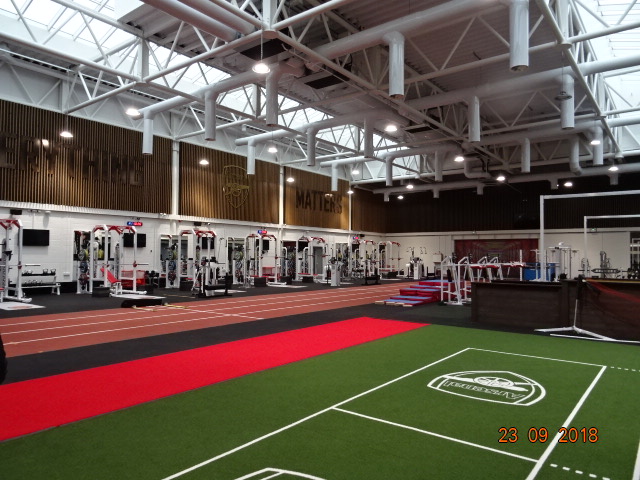 The only thing they really can’t prevent completely will be hamstring injuries. Nowadays players play at a speed that is around 40% higher than in the invincible year! 40 % faster indeed! So the players can hardly recover and this can lead to hamstring injuries after a while. Giving players more rest when the computers indicate there is a higher risk can work but then still such injuries can be completely being out ruled.

Talking about speed. Players only have on average 0.2 second to decide what they will do when they get the ball. That is two tenths of a second! The fitness level of all the players in the PL has risen so high that they can run for 100 minutes. In the invincible era players in general were trained to run 70 minutes on the highest level. Now they can run at the same level and speed for 100 minutes.

Part 3 of the story of the visit to London Colney will be published shortly.

4 Replies to “Arsenal players exposed to temperatures of minus 160 degrees. London Colney part 2.”