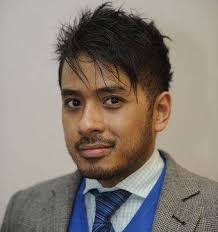 There are some weird tales in the Daily Mail today.  And they are so weird that even the word “weird” doesn’t seem to be enough.

“Sometimes, with Arsenal, it seems as if we have seen it all before. In this case, we pretty much have. In 2017, having missed out on the Champions League, Arsenal defeated Chelsea 2-1 in an FA Cup final, with a few mistakes from the referee, Anthony Taylor, and many positive signs. And what happened next? The following season, Alexis Sanchez was sold to Manchester United and Arsene Wenger stood down. That day’s matchwinner, Aaron Ramsey, later left for Juventus.”

The Mail mentioning refereeing mistakes is very unusual, even if the implication is that the mistakes aided Arsenal and Arsenal shouldn’t have won the final.  And the Mail suggesting that the forced resignation of Mr Wenger was a mistake is interesting too.  And the departure of Ramsey was indeed sad to see.  But selling Sanchez to Man U a mistake???

Overall Arsene Wenger got the very best out of Alexis Sanchez.  He scored 60 goals in 122 league games – a terrific return.  But he was fading fast and in 2017/18 he got eight goals in 22 – a significant decline.   And that decline has continued with three goals in 32 games at Manchester United and four goals in 22 at Inter Milan.  Conning Man U into buying the player by suggesting that he (Mr Wenger) was a crap manager (which everyone knew because it was in the papers) and that Man U would see the player’s genius, was itself a work of genius.

And now here comes  the Mail telling us that “Mikel Arteta must offload stars before spending this summer… with as many as NINE first-team players – including Hector Bellerin and Alexandre Lacazette – in the shop window.”  (That from Sami Mokbel whose picture is above).

We might well conclude that is all just mindless chit-chat.  After all our annual tracking of transfer stories shows that only 3% of the rumours concerning Arsenal purchases each summer are actually real.  But this summer we are up to 122 rumours with more still to add, and around 15% of those coming primarily from the Mail!!!!!!!!!

That’s distressing and shocking.  The Daily Mail is blaming itself!  Here are just a few Daily Mail headlines from the last couple of weeks…

It is a clever ploy of the Mail to run a story into the ground by repeating it over and over but then to say the club is complaining about the fact that newspapers are running the story, without actually saying it is the Mail that is running the story, well, that is sheer journalistic genius.

However it does mean that we should take anything the Mail says with some pinches of sodium chloride (that is salt, for the benefit of readers who skipped year 3 chemistry).

Thus when the venerable SAMI MOKBEL (name in caps please) writes that, “Arteta knows he must sell players to generate the money required to land his first-choice transfer targets – and he could even offload Alexandre Lacazette or Hector Bellerin if a sizeable offer is made for either player. Sokratis, Matteo Guendouzi, Lucas Torreira, Henrikh Mkhitaryan and Sead Kolasinac – as well as Shkodran Mustafi and Rob Holding, who have played key roles for Arteta in recent weeks – are also in the shop window,” we should be prepared for it to be a load of mindless gibberish.

For this is almost certainly a set up.  If Arsenal don’t sell those players, and don’t get off to a flying start next season the Mail will be able to run stories about how Arsenal bungled the transfer window.  If they do, they will have told us so.

Indeed, without having to check a single fact or leave the Toppled Bollard public house, the writers of the Mail are able to set up a story about players that need to be sold, then write a set of stories about the clubs who want to buy them, then do a story about how Arsenal failed to sell them, and then write a story about how the Mail told everyone how it should be done, and if only Arsenal had listened.

All without getting up.

Of course if the transfers don’t go through, but Arsenal do get off to a great start, they just write about something else, and wait until there is a momentary downturn in fortunes, and then bring it out again then.

Thus football journalism has become a game of setting up the next two, three, four, five… ten articles without ever having to do any work at all.

This also shows the utter contempt with which football supporters are treated by the Mail, because when they write “Officials at Manchester United are growing increasingly frustrated at what they see as deliberately placed bogus transfer stories attempting to generate interest in players and increase prices,” they should have written,

“Officials at Manchester United are growing increasingly frustrated at what they see as deliberately placed bogus transfer stories in the Mail as a method of journalists avoiding doing any work”.

But here is the coup de grass (and yes I know it should be coup de grâce but linking the story with a lawn mower is slightly more giggle worthy).

“There is a belief at Old Trafford that agents feel the club are an easy target, and that if they can get them linked with certain players it will be in their own interests. ‘The Jimenez story making the gossip page on the BBC’s website certainly did not help,’ the source added.”

The BBC’s website!!!   We found eight separate Daily Mail stories of  this same transfer nonsense after a five second search, and the Mail has the nerve to site the BBC!!!!!!!!!!!!!!!!! (continue exclamation marks for another five minutes).

We, the football fans, really are being treated with utter contempt.  Not just because the Mail publishes this, but because they expect us to be taken in by it all.

Still at least when they said

“EXCLUSIVE BY SAMI MOKBEL: The Gunners eased their financial concerns to the tune of £30million with Saturday’s euphoric FA Cup final victory over Chelsea, which booked their place in next season’s Europa League. But Arteta (top) knows he must sell players to generate the money required to land his first-choice transfer targets – and he could even offload Alexandre Lacazette (middle-left) or Hector Bellerin (middle-right) if a sizeable offer is made for either player. Sokratis, Matteo Guendouzi, Lucas Torreira, Henrikh Mkhitaryan and Sead Kolasinac – as well as Shkodran Mustafi (bottom-right) and Rob Holding (bottom-left), who have played key roles for Arteta in recent weeks – are also in the shop window,” we know it is a pack of lies.