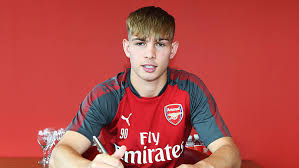 We can’t get too carried away, but six without defeat is good in any season, especially when it is five wins and one draw.

Sky sports really looked out of touch with their audience by broadcasting some sort of row between their studio team until just ten minutes before kick off, a row which had nothing to do with Arsenal and Newcastle at all, but then the sprouts are looking increasing out of touch these days.

And the result only makes a minor change to the table

But if we are going to find a way back to the not a trophy positions (which we are currently five points behind) it is going to be by going on a run like this.

Even to be celebrating a win over a sinking Newcastle side at all might seem over the top but three years ago the notion of not even being in the top half of the table half way through the league seemed ludicrous.  And it can still go wrong without us doing anything, since all the clubs above us have games in hand and the club below us has four games in hand.

But if Pierre-Emerick Aubameyang really has refound his touch, and if Lacazette can retain his, and if Smith Rowe is as good as we think he is (and still improving) and if Saka (who we know is as good as he is) can hold his new found life together, and if Martinelli can stay fit, and become full time the player we think he is, and if Xhaka can keep up his form, and if Leno stays injury free, and if Holding’s new form is permanent and if Tierney continues to be the absolute dream of a signing, and if Mr Arteta can learn that not every brilliant player will respond to hard line discipline, then it is just possible we might make it back to the top six.

For what we seem to have is that combination that is so difficult to get – some very good signings and some amazing youngsters.   Thomas Partey surely goes into the former category, and allows us to stop the ceaseless fretting over Pépé and Willian.  Maybe they will come good, maybe not, but if we have the quality elsewhere, it only matters to the bank balance.

And it is not just the winning that is worthy of celebration.  We do have the fourth best defence in the league.  Which is not saying much when we used to have the best defence the league, but it is another step forward.

For it is the defence that has given us the five games in league and cup without letting in a single goal.  Apparently the last time we did that was 2009. And yes I know that two of these games were against Newcastle who have the fifth worst attack in the League, but it gives us momentum and belief.

But actually this is a much better run than 2009 – and since I doubt that anyone else will print it, here is the 2009 run (in a season in which we came fourth).

At least now we have the defence and we are scoring goals once again, both at the same time.

Of course the media will continue to knock us (the Guardian in their preview yesterday said, “The Gunners have won the odd FA Cup in recent times but their league form has been wonderfully mediocre…”)

Here’s another one, “Mikel Arteta has brought inadvertent hope by being forced to give youth a chance…”

Just one thing – don’t read the article about the “football prediction system that works.”  It didn’t, and it doesn’t.  Drawing board; back to.  Ah well.  Can’t win them all.

7 Replies to “A bad night for the media, a lovely night for Arsenal”