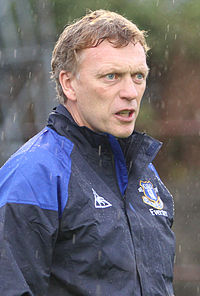 Of course when I wrote my little series on refereeing (links at the end of this piece) about the way in which discussion of referees and their activities is non-existent I had no idea that Mike Dean was about the get death threats.

Obviously I am as appalled as anyone about this and I remain bemused by why the government can’t simply say, “this service is being used for criminal activity, sort it now or we take you down.”

But although I condemn such whoever threatened Mike Dean in this way, I don’t think the actions of the PGMO or the media have helped in the slightest.

PGMO, as you will know, is a highly secretive organisation which runs refereeing in the Premier League.  Referees are not interviewed (as they are in some countries), there is no PGMO website, and the media do not comment on refereeing decisions, except to point out how many red cards Arsenal have had since Arteta became manager.   Curious quirks in the stats, which we have highlighted, are never investigated to find out what is going on.  We, the people who pay to go to football matches when we are allowed to, are not thought about.

Such a lack of discussion, a lack of comparisons, and indeed a lack of information, adds to the sense of bewilderment and unease in those who might somehow be tempted to threaten referees.  So while I never condone threats of or use of violence, I maintain my view that PGMO and the media, working in cahoots on this issue, are not helping themselves by being so utterly secretive about refereeing.

What makes things worse is that any attempt on Untold to suggest that there is something amiss with referees is met with people who use the “gaslighting” technique of denying the issue is real, and suggesting we only complain about referees as an excuse for Arsenal’s poor performances.  So discussion breaks down.

David Moyes, said the red card shown to Soucek was “an embarrassing decision”, which didn’t help, and Moyes must know that, given that discussion of refereeing overall is either forbidden or willing kept in the background by broadcasters and publishers.

What PGMO should have set up ten years ago was a website that ran films of all yellow and red card decisions, along with all disallowed goals and decisions that may have been controversial, complete with an explanation of the referee’s decision in each case.  It should have gone on line quickly, so that by the time we all get home from the match we can look at it.

Do that, and the tension that supporters who are of the type that would send out death threats, would be reduced because everything would be open and clear.

In fact it is little Untold Arsenal, with our band of volunteers who showed PGMO how to do it, back in 2016/17.  They must know what we did (I did send them details and asked if they wanted to discuss the matter, but they did not reply).  The research is still on the website, so they could have a look now, if they have forgotten.

We are living in difficult times, and I suspect this type of thing will only increase because fans who are moved to send death threats are unable to let of steam at a match.  Meanwhile the media refuses to acknowledge its grotesque failure in handling this issue, by kowtowing to the PGMO demands for secrecy and no commentary on referees.

Quite probably they are now debating the notion of having all  referees in coveralls so that they remain totally anonymous and we never get to know who each one is.

What PGMO should do is

1: Admit that the secrecy regime is a cause of this type of behaviour by idiot fans. Not the only cause but a cause.

2: Become the opposite of what they are now, transforming themselves into an open inclusive organisation which communicates with the rest of the world.

3: Put all referees up for interview immediately after matches rather than whisking them away from the ground with a designated driver nannying them.

4: Admit that serious errors have been made in the past and that apologise to all football fans.

5: Explain why there are no black referees.

That’s not all but it is a start.  PGMO is not alone in being culpable – the media that bows down to their whims is as much to blame, but they need to act now to stop this madness.

5 Replies to “If PGMO don’t act now, someone is going to get seriously hurt.”