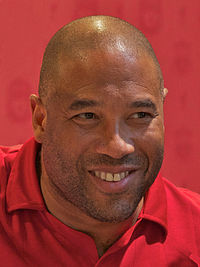 Football London has a headline today saying “AS Monaco are eyeing a summer move for striker Alexandre Lacazette.

“That is according to the Mirror as Arsenal may be prepared to cash in on the Frenchman this summer if he shows no signs of signing a new deal, meaning they will not wish to run the risk of losing him for free in the final few months of his contract.”

Now we know that the Mirror owns Football London so FoLo are in fact citing themselves with this story.  But what did the original say?  Here it is:

“His situation has alerted other European clubs and French giants Monaco are watching developments closely to see if he could be allowed to leave the Emirates in the summer.”

So the Mirror cites FoLo which is owns, and FoLo cites no one.   And the story says clubs are watching, but since most clubs have scouts there is nothing new there.  But it is almost as bad as “We ‘signed’ Houssem Aouar for Arsenal in the summer transfer window to see what could happen,” which is another football london story.  That one continues…

“What sort of impact could Lyon midfielder Houssem Aouar have at Arsenal should he join the club in the summer of 2021? We used Football Manager 2021 to try and find out.”

So that has what it comes down to. See what Football Manager says.  Can it go any lower.  Well yes for today’s Just Arsenal News headline says…

In this story “The former Liverpool man claims he wouldn’t want a player like Bellerin in his club because he is more focused on his next career move instead of helping the team get back to form….

‘I wouldn’t want a player like Bellerin at my club, if your team isn’t performing well, you want players who want to help the team perform better not ones who talk about leaving mid-season when the team is going through a rough patch.’    Of course this doesn’t actually come from JAN, for as they admit they are quoting the Mail.

But let us consider the managerial career of John Barnes, just to see if he is qualified to make such an assessment.

Barnes initially became head coach of Celtic on 8 June 1999. He was sacked after just eight months following a home 3–1 defeat by Inverness Caledonian Thistle.   That was the game, you might recall which led to one of the truly great newspaper headlines: “Super Caley go ballistic, Celtic are atrocious”.

Now you might think that such ignominy and failure might lead to Barnes retiring not just from football management but also from all public life.  But no, not with Barnes.   Because he then went off to see the Jamaica Football Federation in September 2008 after putting himself forward as a person who could manage the Jamaica national team.

To be fair he did lead Jamaica to the top spot in the 2008 Caribbean Championships, but also to be fair, Jamaica would be expected to do this.  It is not the largest Caribbean country (Cuba, Haiti, Dominica and Puerto Rico are all larger) but it is easily the largest where football is taken seriously.

So after failing to win any of his opening three games in 2009 he announced to anyone who would listen that he wanted to manage a club in England.   No one came offering him a job given his fiasco in Scotland, so he got in touch with Port Vale of League Two.  They didn’t fancy him, so instead he offered himself to Tranmere Rovers of League One and became their boss on 15 June 2009.

Tranmere won only three of their first fourteen games and on 9 October 2009, after a 5-0 hammering by the mighty Millwall, Barnes was sacked by the club. He then applied to become the manager of the Rwandan national team but there is no record on their site of him ever being appointed.  They have Vincent Mashami listed as their manager.

So this man, who might well have been a very fine footballer, but whose achievements in British football managements amount to being sacked by Celtic, rejected by Port Vale, and sacked by Tranmere is giving his opinion of employing Bellerin and has the sheer audacity to say of Bellerin, “I wouldn’t want a player like Bellerin at my club, if your team isn’t performing well, you want players who want to help the team perform better not ones who talk about leaving mid-season when the team is going through a rough patch.”

The fact is, no club would ever, ever, ever, ever want Barnes in charge of their team.  Indeed no one would want him as an accountant either as after being sacked by Tranmere, Barnes was declared bankrupt.  He subsequently cleared his debts and is now a discharged bankrupt – which can make getting a bank account difficult.