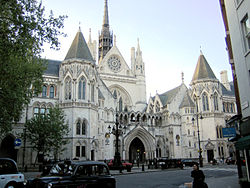 As you may have heard if you follow such things there is already a case going through the courts in which Manchester City are appealing a decision by the Premier League.

Quite what decision this is no one is sure, although we know it is nothing to do with the Super League since it started too early.

Below is the vital documentation, found by an eagle eyes City supporter.  Except here’s the oddity.  That document does not at the moment seem to be available on the Court of Appeal Civil Division list.  If you can find it on the internet can you write a comment and put in the URL 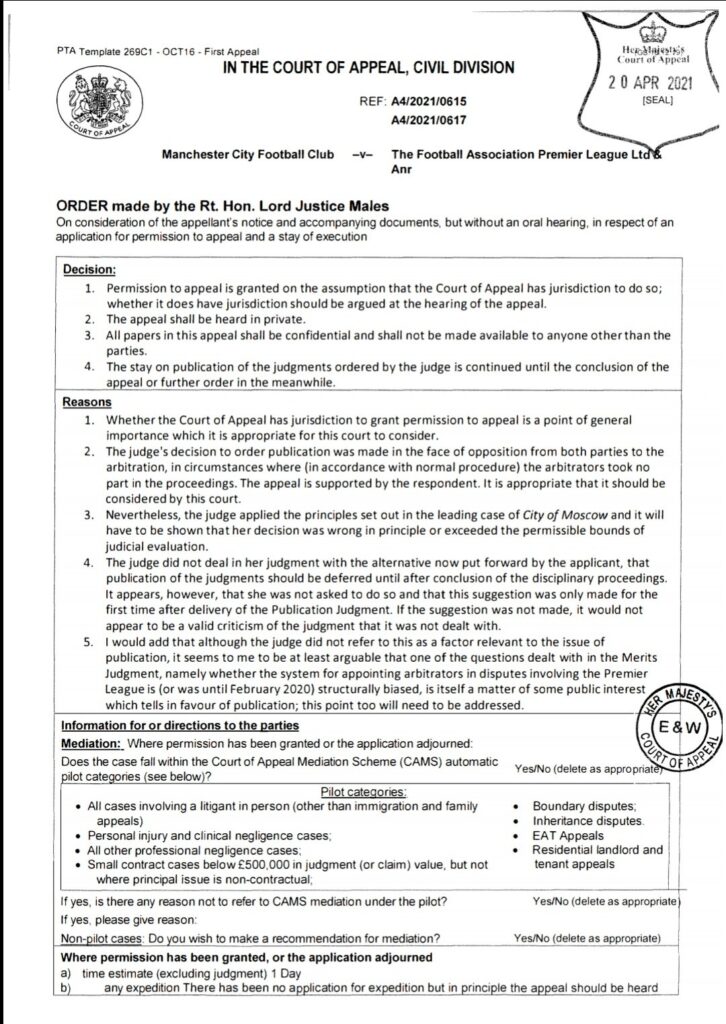 But let us assume that this is not an invention and that the documents are not there because I don’t know how to do searches properly.

It is suggested by some Manchester City watchers and supporters that the club is alleging a  bias in the arbitration system.  A decision has been made by a lower court: Manchester City, who of course have been allowed by the PL and Uefa to have as much cash as they want, are fighting the case all the way through the legal system.

The case itself appears to be about whether a judgement relating to the Manchester C appeal in an earlier case can be published.  Neither party in the original case wanted the result of the appeal published – which tells us a lot about the way the workings of the Premier League are being kept in a cosy cartel, away from rival clubs, journalists and supporters.

Manchester City, clearly miffed by something in the decision are appealing to the Court of Appeal against that decision and the League is supporting them.  The Court of Appeal has suggested it doesn’t know if it has the right to hear such an appeal.

But it has has given permission anyway, with the question of jurisdiction to be argued at the appeal. So there will be no publication until the appeal has been heard.  Which may be why the documentation has now been removed from the legal lists.

Some are arguing that the Court of Appeal is suggesting there is something rotten within the entire process used by the league, although I am not sure what this is.

The suggestion made by Manchester City enthusiasts is that the League is running a disciplinary proceeding against Man City, and City are claiming that the whole process is biased. But they are also trying to keep the whole process secret.  The court has refused this demand for privacy, but is still hearing the debate.

So this could be another Financial Fair Play case, which we know Manchester City find quite sensitive.  But these things move slowly, so we are unlikely to know much more for quite a while.

But it is this scenario of secrecy and legalities which we really are having to get used to, and it is interesting to note that this is happening in Germany too – the country held up as the model of how to stop the nastymen taking over “our” clubs.

Anyone who looks at the German system must have two areas of worry.   One is that Bayern who are held up as the great glorious democratic well-run club have won the league eight times in the last eight years and are 10 points clear at the top, so nine out of nine.  Is that really competitive?

And then there is Red Bull Leipzig, who bought a fifth division team SSV Markranstadt and are now second in the top league.  To ensure the members who control the club do what the owners want, members either have to be RB employees, or pay something around 150 times per season to be a member (1000 euros) that the employees pay.  They also refuse requests to become a member without an explanation – so it’s a closed shop.  It is not the democratic model our media is pretending it is.

Thus the only club that can challenge Bayern, is a club that has twisted the rules ludicrously and simply got away with it.  And that is the system people say we should look at implementing!

But the implementation of the German model seems impossible because by forcing the clubs to give 51% of themselves to fans, the government would have to compensate the clubs, and the clubs would probably use the tricks of RB Leipzig to get around it.  Forbes reckon just buying out Liverpool alone would cost the government £1.5bn.  Would non-football fans be willing to see £29bn of tax revenue given over to buying football clubs, at least 19 of whom they don’t support.

This tale of the government getting involved sounds like another tale of Boris.  An idea put forward without any plans which he tells others to see to, and then it gets lost.  Someone asks why it got lost, Boris says he doesn’t know but will ask the Secretary of State for Certain Things to investigate, the Conservative Party changes leadership, and the tale vanishes.

This is not, in my view, the way forward at all.

241 historic Arsenal videos with more being added each day