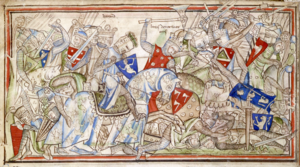 It is being reported that the Premier League has demanded that the senior executives from the English clubs involved in initiative should be removed from Premier League committees, having shown themselves untrustworthy by working behind the back of the committee while continuing to attend committee meetings.

In practice this would mean

Chelsea chairman Bruce Buck, who sits on the audit and remuneration committee

Arsenal CEO Vinai Venkatesham, who is on the Club Strategic Advisory Group

Tottenham Hots are unaffected by this move as they don’t have anyone on any of the committees, perhaps reflecting how the rest of the Premier League see them.

The problem faced by the Premier League and indeed by these individuals is that within the committees there is a constant stream of confidential debate, proposals, recommendations etc.

No one is suggesting that there is direct evidence that any of these guys spilled the beans to the Super League group, but they were clearly, for a while, acting for both sides.  On the one hand handling issues relating to the Premier League while on the other hand discussing issues behind the backs of their fellow members whose clubs were not in on the breakaway plans.

As a result the claim is that rule B15 and/or B16 has been broken.  This says, “In all matters and transactions relating to the league each club shall behave towards each other club and the league with the utmost good faith.”

The last time we came across a breach of B16 was a claim by Cardiff City that Crystal Palace’s sporting director Iain Moody, (who took up a role at Selhurst Park after leaving Cardiff), used his old contacts to find out information relating to their starting XI – an allegation he strenuously denied.

The Premier League ruled Palace breached rule B16 regarding acting in “utmost good faith” to opposition sides.  But the trouble is that breaching rule B16 carries a maximum £25,000 penalty, which is trivial.

The other 14 clubs and the Premier League board deem these executives to have breached two rules, B.16 and L.9.   L9 is the one that clubs can only play in pre-determined competitions which we have noted before.

Of course going after individual directors and senior personnel is not as heavy handed as attacking a club.  The six club’s will probably like this as they will be happy to sacrifice one of their number (perhaps with a decent pay off so he never talks about the events hereafter).  What they don’t want is any comeback from Uefa or the Premier League majority.

But there is more on the horizon.  The TV companies want to reduce the amount they pay for matches, while the Premier League clubs are desperate to get more to cover the massive losses they have made as a result of playing to empty stadia.  These are not easy days.

Further, the 14 clubs who are not part of the rebel group, really want the big boys to be punished heavily, as a way of reducing the imbalance between the big clubs and the rest.

The fact is that in past times, winning the league was not the preserve of a few clubs, and clubs tended to rise and fall dramatically over short spaces of time.  That is why Arsenal’s run in the 1930s was so noticeable in football history.

The year before winning the league for the first time Arsenal came 14th – but that sudden rise was not what amazed pundits.  It was that the club kept up its position at the top for the rest of the decade.  From 1930 to the outbreak of war Arsenal won the league five times and the FA Cup twice, having previously won nothing.

What caused much less comment was the fact that in in 1938 Manchester City were relegated, one year after being crowned champions.

This idea of six clubs (well, five because you can’t really include Tottenham in this) ruling the top division year after year is new, and that above all else, is what the PL14 want to stop.  They see this as their big opportunity – a chance that won’t come again.

A major part of the push to make Arsenal change its mind over the Super League Fiasco came from the immediate rejection of the scheme by Arsenal Independent Supporters Association.  Please do visit its website, where you can read the latest on the battle against the Super League.

The superleague story – in the order it broke…