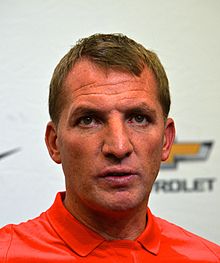 The first will occur when the summer transfer window ends, and the fans who have believed the media with their vision that Arsenal need half a dozen new first team players find they have not arrived

But there is a second issue, and this could arise as the season starts if PGMO issues an edict that referees should become more severe with Arsenal.

If you’re a regular reader you’ll know we’ve shown that Arsenal adjusted their style of play last season, to avoid piling up the massive number of yellow cards that they had got in the season before, dropping from being the club with the most yellow cards (86 in 2019/20) to the club right near the bottom of the yellow card table with just 47 last season.  It is one of the biggest changes ever seen in yellow card totals across two seasons.

But Arsenal were not the first team to challenge PGMO and its match officials by altering the club’s style of play to suit the whims of the officials.

It was an astonishing difference.

After we published that piece either Leicester suddenly became far more reckless in their tackling (which seems unlikely) or PGMO responded by changing their refereeing approach in relation to Leicester.  The original article is available at Arsenal v Leicester, Leicester’s declining tackles, Arteta confirms tactic

And we should note this change in Leicester’s fortunes started before the Pandemic Pause  – they only won two of their last seven league and cup matches before the pandemic stopped football.

Overall, what happened was that Leicester collapsed from a 70% win rate down to a 30% win rate.

Now that of course has happened before, but this was the first time we (or, I think, anyone else) linked the decline of a club’s fortune to the way in which they were treated by the referees.

But it wasn’t just that Leicester were getting far, far fewer fouls given against them per tackle, and far fewer yellow cards per foul than any other club.

Our thought was that this was possibly giving them a feeling of impunity, and indeed that could be why they undertook 150 more tackles than Arsenal this season.  They did that knowing that they’d only get around 19 yellow cards (compared to Arsenal’s 72!)

But then after our publication PGMO starting penalising Leicester more, and Leicester slipped behind.  It was probably just a coincidence.  But I rather think what Leicester was doing was relying on referees thinking that they were not a particularly dirty team, although ultimately they pushed this too far even for PGMO.

I found it fascinating, but what is interesting is that I couldn’t find anywhere else writing this story up.

And the same situation occurred when Leicester pulled another trick by getting penalty after penalty.  And yet once again the media did not mention this.  We publicised it, and soon after the penalty awards dried up.  Again it could have been a coincidence.

But my point is that PGMO can change the way it treats a club, and that is the simplest explanation as to what happened to Leicester with these two incidents.

However this raises huge questions.  Why did Leicester alone do this, and get away with it?  One possible explanation is that it was a trick of the manager, Brendan Rodgers, who had been managing Celtic for three years before coming to Leicester with considerable success.

Unfortunately I can’t find a single website that records  the number of tackles in the Scottish Premier League, which is to say the least, curious.   I know the Scottish PL is not as popular or competitive as the English Premier League but even so, this is a fairly basic statistic and to find it missing is curious.

I wonder why it isn’t there.

So this looks like a line of enquiry that reaches a dead end.  Except to record the fact that as in the Leicester case, PGMO can, and do, change the way they look at things.   Which perhaps is why Arsenal chose this tactical approach of NOT doing something as they way to achieving a breakthrough.

I wonder how long it will be before other clubs starting to follow this initiative – especially as it has been so stunningly successful in turning a season around.

6 Replies to “What will the PGMO do about Arsenal next season?”