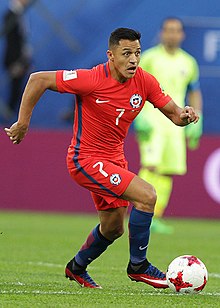 It is the story every summer.   Arsenal are in for around 120 players but only manage to buy five or six.  And of those only half turn out to be any good.

Below you will find the actual numbers of purchases (including free transfers but excluding loan arrangements and players moving up from the youth ranks) for deals arranged in the summer.  And we should note that these numbers are very similar to other clubs in the traditional big six, and indeed for those like Leicester and West Ham who are trying to claw their way into the top six on a regular basis.   Indeed if you go looking at blogs of most clubs you will find their supporters saying that quite often their team has made big mistakes and been too slow in getting deals done.  Just like AFC fans.

But even then there was negativity in the air.  This was you’ll recall, the era of “4th is not a trophy” and demands for Wenger to be kicked out.

So I’m not impressed by suggestions in the Telegraph and Metro that Villa are about the nick Smith-Rowe from us, because (and I do quote exactly) “maybe Arsenal need the money”.

Nor do I think “Arsenal will be fuming.”  I am not at all sure there has been such a bid, but even if there were, it would be seen as just one more attempt to destabilise the club.

The point is we are getting headinlines all the time that suggest Arsenal can’t hold on to players because they dither.   So we have the report in the Mirror that Tottenham Hotspur are trying to “steal” Houssem Aouar from under Arsenal’s noses, again because we are dithering (HITC).

And HITC is interesting here because they are also running the story that “Nobody takes Edu seriously.”  That headline also turned up on HITC, Football Addiction, and Flipboard.    And the evidence?  None whatsoever.

Here’s another one.  “Brighton centre-back Ben White has admitted that he is not focusing on a potential transfer to Arsenal amid uncertainty over the deal.”

Yes there is uncertainty indeed, because Arsenal and Brighton are not making statements.  Everything that we read is just a guess.  For every report of “advanced talks” there is another rejecting the claim.

Mind you the player himself had a good response to one journalist.  Apparently he said, “You don’t know what’s true and what’s not. So there’s no real point talking about it.”

Meanwhile we have “DANIEL OYEGOKE REJECTS ARSENAL DEAL, WILL JOIN BRENTFORD.”   And then, Exciting teenage prospect says goodbye to Arsenal and signs for Newcastle United.  And they do this because they want to play.  At the big clubs they look who is above them, and think “I won’t get a game here.”

Only 3% of transfer stories are true, but the implication on the other 97% is always the same: it’s Arsenal’s fault.   Most transfers reported in the media are fantasy.  That’s the reality.

7 Replies to “Why are Arsenal so useless at transfer deals?”