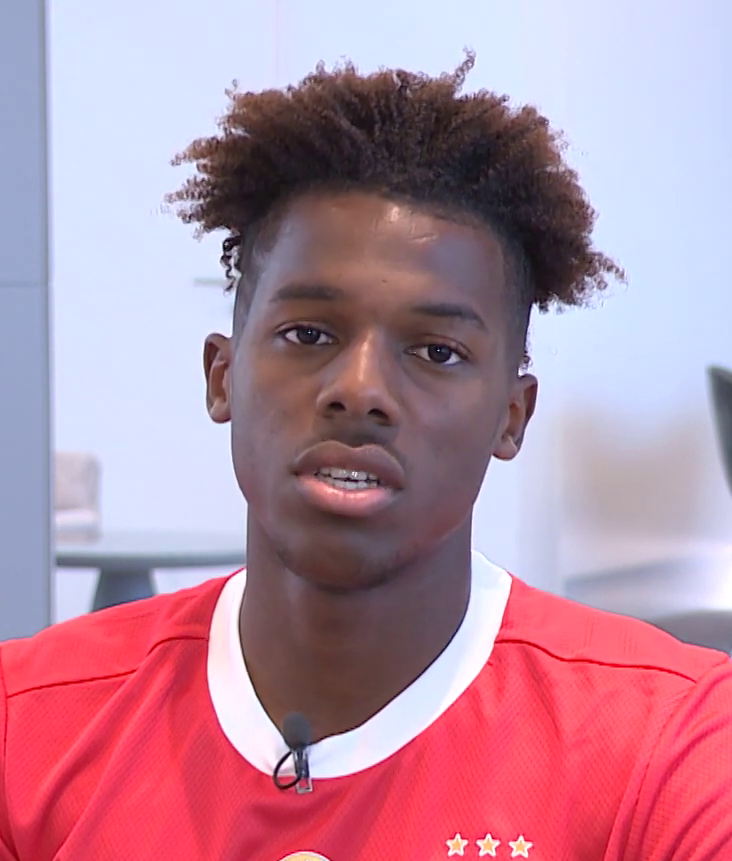 The last edition of the transfer files on this site contains 107 players who are reputed to be signing for Arsenal.   And now at last we have one who actually has signed.  So one out of 107; that makes a 0.93% success rate.

But let us have a look at some of the things these awfully clever chaps who run the transfer window blogs and newspapers told us.  For this is a real case of all you need to know about our new signing: Nuno Tavares.   He has signed a five year contract according to TBR, Metro, and Sport Witness. Mind you that was three weeks ago, just at the time in which HITC was telling us that he had a release clause of £75m.  I don’t quite think we met that amount.

Interestingly Football Talk told us that he had signed three weeks ago, and at the same time TBR said much the same thing.  The Canon came in a week later again telling us that the deal was done, while Sport Witness told us a while back he had had his medical, which now seems not to have been the case.

Mind you HITC chimed in with him being spotted at the airport and surely we must give thanks for the return of such an old friend.   The only question is, what was anyone doing at an airport?

But it is not all good news, as TBR, Just Arsenal and Sport Witness have him down as a difficult personality with worrying weaknesses.

The current story from the Guardian is “Arsenal confirm Nuno Tavares signing for £6.8m with Lokonga deal close”

So let’s take it that there were a lot of wild geese flapping around in the interm, but we have signed a 21 year old player from Benfica for €8m (£6.8m) plus add-ons which seemingly could add up.  The Guardian adds that, “Tavares’s purchase is due to be followed by that of the midfielder Albert Sambi Lokonga from Anderlecht. Arsenal have agreed to pay €17.5m plus add-ons that could take the fee for the Belgian to about €21m.”

According to the Guardian “Edu made it clear that Tavares had been signed as an understudy to Kieran Tierney, saying the player would “provide strong back-up in the left-back position.”  So let us try, amidst all the gibberish and nonsense try and find out something more about Nuno Tavares.

So there we are, we have our back up to Tierney who played 26 times in the league last season and another six in the cup competitions.  You will of course recall that we were using Xhaka as our backup left back, so this is a perfectly reasonable and rational decision.

The Daily Canon picked up on this recently saying, Tierney “missed 55 games across four seasons meaning the 23-year-old has missed 85 games because of injury problems since the 16/17 season.”  Hmmm – more to the point Tierney played 38 games in all competitions last season for Arsenal.

Indeed in his last three seasons with Celtic he played a total of 135 games – which is a massive overplaying of any footballer.  I don think more to the point he’s come back down to a reasonable level so his body can catch up from the bumps.

So as a back up for Tierney this this looks a good deal.  Tierney to my eye looks second to none in that attacking left back position, but 38 games a year is more than enough for anyone.

Unfortunately, there are no Europa games this year for the new man to get experience with, but we will be starting the League Cup in the second round rather than the third round and so he should get a game or two there.  And if we do get a good run in either or both cups Tierney will certainly need a break at some stage.

How newspeak took over football and stopped all debate

One Reply to “Arsenal sign player we signed six weeks ago and who is not coming to the club at all!”