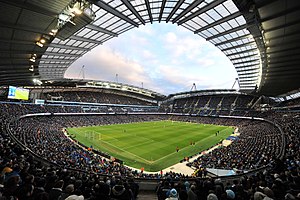 When a football story breaks there are often two factors that indicates whether there is likely to be any substance to it or not.

First, does the story have any details or is it general.  The scandal surrounding the building of the stadia in Qatar for the World Cup for example has resulted in details of the number of deaths, and of individuals affected by the slave labour allegations coming from a variety of sources etc.  That’s the evidence. But the rebuttals are generalised and so the stories gain traction.

Now we have an attack on the integrity of Manchester City, and it comes just days after the Court of Appeal were more critical of the Man C legal team than I have ever known them to be in such a case.  Judges in the Court can say what they like of course, but normally they don’t go that far.

There is a lot of substance within the allegations being submitted here, and it is clear that a number of league clubs are getting a bit fed up with the League for not being able to make its multiple cases against Manchester City faster and more coherently.   Just as there was much annoyance with Uefa for losing a significant part of its case in the Court of Arbitration for Sport by being out of time.

And as I have said many times before, I’ve no special evidence on this, any more than I have on the fact that Fifa have kicked out the team that was running football in African football in order to launch their own African Super, ahead of running their own European Super League. I just follow the reports

Of course most of the English papers ignore the story while the European papers are lapping it up.  Here’s just one example.  That’s how it goes with football scandals.

But when the Europeans get going it tends to be because there is something worth investigating – we think of the court cases involving the head of Fifa and the head of the Swiss federal judicial system for example.  (Links to some of the articles on that at the foot of this piece).

In essence the Mail has claimed, citing some supporting evidence, that since 2010/11 Manchester City’s financial team have repeatedly manipulated their accounts to escape Uefa punishment.

As the Mail’s headline says, “Fresh evidence appears to show Premier League champions had millions funnelled into the club by Abu Dhabi to help inflate their income.”

The difference between the money owing and the money actually paid was then picked up by other agencies suggesting that regulations were being side-lined.  And if the money was invoiced to company A but paid by company or individual B that would be a fairly serious breach of the rules.

Now we know that the Court of Arbitration in Sport fined Manchester City €10m in the last round of the battles, so in one sense Manchester City are already under something of a cloud.  Not a very big cloud because €10m isn’t that much for them, but still a cloud.  And that is not necessarily a good place to start from.

We also know from the comments made by the judges in the current case in the Court of Appeal, the courts are getting rather annoyed with Manchester City’s delaying tactics – tactics which helped them win against Uefa as the CAS rules Uefa was out of time.

But curiously, the League don’t want Manchester City to be found guilty because it is going to make them look like an absolute load of plonkers for not getting their case right the first time round.  But they also know that if they don’t proceed eventually the rest of the larger clubs in the PL will lose patience with the Premier League management committee itself.

Which is not what the League wants in the immediate aftermath of the setting up of Super League.

In short, none of this is straightforward.  The English courts are getting annoyed with deliberate delaying tactics, Uefa has been made to look foolish by running a case that was out of time and wants to fight back, and the rest of the League is getting angry that Manchester City might be getting around the rules in ways that they can’t.

That is the sort of legal battle that usually ends in a godawful mess.

10 Replies to “Manchester City: suggestions of naughty behaviour just keep on popping up.”