By Dr Billy “the Dog” McGraw 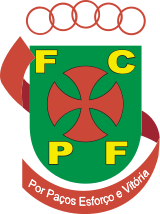 Arsenal as we well know (having been told so many times) are a failure, because after a record-breaking run of appearances in European competitions, this year they are not in Europe.  Utter, total disaster, a washout, a wreck of a club, a flop, a decline, a collapse, a mess, a sinking ship, a botch, a bungle, a fiasco.  And that’s just the Daily Express.  (OK I exaggerate, but you get the point).

The Guardian’s Nick Ames summed Arsenal up in May this year, “Eleven hours and very possibly a sleepless night after the worst moment of his managerial career, Mikel Arteta was asked to rake back over the debris. Arsenal have been condemned to a year in the shadows and he was left to discuss why things have gone so badly wrong after, in his words, “investing every drop of energy emotionally” in a project whose credibility is teetering on the edge. “So far it has not been enough and this is when the question mark comes: why is it not enough?” Arteta said. “Is it just a thing? Is it the manager? Is it other stuff? What is it?”

That was 7 May.  Arsenal were in the midst of a run of their last eight Premier League games of the season resulting in six wins, one defeat and one draw – and the Guardian saw fit to publish that rampage, quoted above.

You can imagine the anticipation that we had in looking forward to how the Guardian would report last night’s Tottenham defeat to Paços de Ferreira, a club founded in 1950, a club with a stadium holding 9,000 people, a club that has never won the Portuguese League in which they play and whose entire trophy cabinet since they were founded in 1950 is one League Cup and one Portuguese Cup.   (They have however outscored Tottenham in one way: Paços de Ferreira has won the second division in Portugual four times.  Tottenham have only won Division 2 in England twice.)

So can you imagine the utter joy, derision, hammering, excitement, etc etc etc there would have been among journalists if Arsenal had played Paços de Ferreira and LOST?  Five pages on Arsenal’s collapse at least.  And that would just be the Evening Standard.

But when Tottenham lose to Paços (I’m told their name translates as Piece of Chocolate, although that may not be right), what do we get?  Here are a dozen headlines from last night that came in one after the other.

Now imagine what the headlines would have been if that had been Arsenal.   Last season Tottenham were one point better off than Arsenal and thus gained entry to the Conference – but the headlines were all about Arsenal missing out on Europe.

No celebration of being the club that had managed the second longest run in Europe ever (only Real Madrid going for longer).  No mention that the other big clubs had had spells in the second tier of English football, which Arsenal had not in over 100 years.

It was fair enough that there was no mention that the team was affected by a coronavirus outbreak before the game against Brentford which kept Abuameyang and Lacazette out of the team.

But really, the headlines concerning Tottenham’s defeat in the Conference are, well, modest to say the least, to the point sometimes of being sympathetic and understanding.  No tales of cock-ups or serious underestimations of the opposition in those headlines.

Arsenal are shoved aside by a media onslaught, Tottenham are treated with kid gloves.  Of course I am sure somewhere there has been some more virulent reaction, but those headlines were not cherry picked – they came in one after the other roughly between 10pm and 11pm last night, UK time.

Why Arsenal are treated this way is generally due to the way in which journalists simply copy each other in their approach – few ever want to stand out from the herd.  Arsenal mostly negatives, Tottenham mostly excuses.

Arsenal players will need double the resilience that they would need at any other club to cope with what is being thrown at them daily.  Tottenham players experience will never experience anything like it.