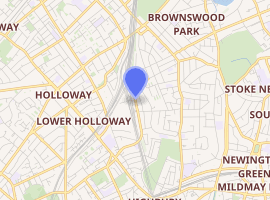 I’ve been going to Arsenal since the 1960s but I have never experienced events as worrying and dangerous as I experienced while trying to gain access to the stadium yesterday for the game against Norwich.

In essence, one entrance to the environs of the ground up a slope with the underground car park on the right was shut off, for reasons that were not apparent to the hundreds like myself who have used it as a way in since the stadium opened.

As a result, everyone was forced to go up the flight of steps to the left of the shop.  There were hundreds of people queuing on the steps – something that every safety manual will tell you should never happen at all since one person slipping and multiple casualties will occur as the crowd tumbles down the concrete.

Worse, no one seemed to be in control and the general approach of all the stewards was that shouting at entering supporters was what they should be doing – and if that failed physically blocking the path of those trying to go somewhere that was not wanted.  I doubt any were trained in handling large crowds.  If they were, the training company should be sued for delivering faulty product.

As the numbers grew so did the tension and anger.  More tried to walk up the far safer slope, older people who were willing to try the stairs were unable to get to a side where they could grip a handrail, and all the time the queue grew and grew on the stairs meaning that one slip, and the number of potential casualties was escalating.

Tempers flared and for a few moments I stood watching, utterly aghast as witnessed several stewards shouting into the faces of fans as pushing and shoving escalated.

Being of a certain age, as you will guess from length of time I’ve attended Arsenal games, I refused to become part of the dangers of the steps, and returned to the walkway to their left which, as noted above, takes one to the left of the underground car park.   Waiting for the gang of stewards (and there is no word other than “gang” to describe this mob – except the word “mob”), to be distracted, I walked past them, up the slope, and around the stadium, past the Tony Adams statue, and to my entrance.

There, the queue was small, and entry was easy.  For my own personal safety I had by-passed security – which clearly cannot be right.

So I am publishing this, rather than any sort of review of the match, for several reasons.

First I hope it might get noticed by someone with enough connection with Arsenal to say, “you are not supposed to be using an untrained mob as people controlling the crowds”.  And mob they were – pushing, shouting in people’s faces – I cannot believe a single one of the people I encountered supposedly working for Arsenal as crowd controllers had had any training in crowd management.  If they did, the crowd management training team should be sacked without compensation forthwith.

Second, no matter what, making people queue on long flights of steps leading up to the stadium from the shop side of the ground is thoroughly, and utterly obviously, dangerous.  Allow me to quote from the government’s health and safety executive documentation on event safety:

“take reasonable steps to protect people queuing on traffic routes and stairs. Make sure there is a safe way people can get out of a queue without having to move against those queuing behind them .”

What I witnessed in no way took reasonable steps to protect people queuing on stairs.  In fact, there was nothing taken to protect those queuing, unless you count shouting at fans as “protection”.

Whatever Arsenal is trying to do in terms of checking bags or anything else, it is a) not working and b) endangering the lives and physical well being of supporters.  The number of staff that were on duty was woefully inadequate, their training seemed to be non-existent (in that they hadn’t got to the bit of the training manual that says shouting at customers is not the best way to get them to do what you want), and the whole concept of queuing on stairs is utterly unreasonable.

If Arsenal has any concern about the safety and well being of its customers (and I use that word because I don’t think they see us as fans anymore) they should bring in a team of professional safety officers, who can liaise with the club over what checks are needed and start hiring reasonable people with knowledge and experience.  Not a bunch of shouters.

And incidentally, in the whole escapade, no one checked me in terms of anything I was carrying.  I managed to get into the ground and to my seat completely unchecked – simply because those seemingly employed to check me were too busy shouting at and pushing “customers”.

I don’t deserve to be treated like this – and nor do any of the fans who pay your wages.

If you have the slightest bit of honour you will resign now, and let some other team do the job of crowd control.