And a happy new year to you.

This article continues from The Palace comes to the Emirates. Arsenal v Fat Sam: the prologue.  If you want to understand the illustrations in this piece you might care to glance back there first.

Our list of the injured is shown (again on physioroom) as

The Palace list is huge although several of the players are set for late fitness tests – but on the other hand the club picks up yellow cards all over the place, even in these liberal days of refereeing, and at least one regular first teamer is banned…

That one bannee (a new word, remember you read it here first on the first day of the year) is Damien Delaney who has a one-match ban for five yellow cards (quite a feat but not to be repeated now that the Media’s Favourite Big Man is now in charge.)

James Tomkins and Pape Souare are both injured.  Joe Ledley and James McArthur have been reported as doubts having been injured on Boxing Day.  Of course Fat Sam now has our old chum and investor in alternative technology Mathieu Flamini so he could play.

Only Santi remains as our long term absentee, with Akpom now off the list, and the Ox maybe ok for this match.  Obviously Per will take a while to become fully match fit, but that is another player back and available. 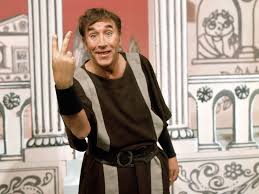 We do know that Kieran Gibbs will be out for this game, although it is not clear how many more he will miss, following a knee injury in the game against the Bus Station.

Skhodran Mustafi is either ready to play or simply “back in training” after missing the last three games.  Some commentators have him back and playing, others suggest he may return in the match against Bournemouth (who following their victory over Liverpool! after being 3-1 down are clearly fighters in their own right).

So, Chuba Akpom is also back in training following his long-term back injury but Theo Walcott is out for a couple of games.  The Ox is another player who may or may not be available, depending on which reports you read.

Aaron Ramsey is back in the squad and presumably will at least be on the beach.

Very Large Sam’s first game at the Palace ended in a 1-1 draw away to Watford with Christian Benteke missing a penalty.

The previous incumbent at the Palace has now been written out of their history books, and the reason for this is their run across the last 12 games; a run which has yielded just one victory.  I have marked it below in bold italics so you can find it more easily.

The trouble with runs like this is that although can make teams feel despondent upon letting in a goal early on, they all have to end some time, and they often end in the most unexpected fashion. 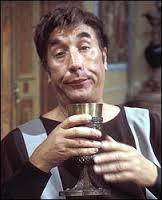 So although such runs can make teams feel despondent upon letting in a goal early on, they all have to end some time, and they often end in the most unexpected fashion.

Arsenal will need to approach them as solidly as if approaching a team much higher up the league and in a much stronger position.

We’ve currently won four and lost two of the last six, while as we can see Palace have just won one of their last 12, but we really need to be careful.  Especially as they have managed to score three more goals away from home than Chelsea, currently the media’s favourites to be champions and first team to play on the Moon.

Overall, we don’t expect Danny back yet – not even on the beach, Theo is probably out, and we don’t really know about Shkodran Mustafi: he could be out of the squad, on the beach or playing.

What we need to do is to win this and keep on winning, given that Chelsea don’t seem to be willing to stop winning any time soon. Bournemouth, Swansea, Burnley and Watford are coming up and the whole process needs to be calm, deliberate and with Alexis and Ozil on the toppeset of their topmost form, and then some.

Next, the teams and other odds and ends.

What horrors do Fifa have in store for us in 2017… and thereafter?

The kings of assist – a bit of statistical fun and games

Just how much time do goalkeepers waste v Arsenal? The first ever statistics

previous post 2016: The year many of us realised football was utterly broken but the media continued to deny reality
next post Arsenal play Palace: Part the third. Palace and Palermo, and the team that can't score on the counter.
Back to top