by Sir Hardly Anyone.

It is, of course, most important to eat only in the best restaurants where one meets the right people and so the dinner which involved Ousmane Dembele and his chums at Arsenal has produced the wagging of tongues and the moving of mouths.

For there was our new superhero Mattéo Guendouzi – who it seems can’t stop grinning at the realisation of just how his life has transformed from the second division in France to all the joys of eating out in London.  And he was with the most awesome forward line in the history of awesome forward lines: Pierre-Emerick Aubameyang, Henrikh Mkhitaryan and Alexandre Lacazette last night.

So the quick run down on this guy.     You don’t have to see him play to see that there is something special going on here.

He turned 21 in May here’s the track record…

So what makes anyone at Arsenal think they could buy such a player?  And why would we want to buy another forward when we have his dinner guests already available to knock in the goals – plus Mesut Ozil, and Alex Iwobi with his new contract.

Besides the money is WAYYYYYYYYYYYYYYYY outside Arsenal’s league.   When he joined Barcelona a year ago his fee was quoted at around £115m.   Even if we sold everyone we don’t want and threw in Ramsey we wouldn’t raise that much.

What fuels the flames is that Barcelona then bought Malcom and Dembele was clearly unexcited by moving down the order in which things are pecked.  Besides there were tales of him not being that taken with the way life goes in Barcelona.

When Dembele arrived it was as a replacement for Neymar, but he hasn’t lived up to that – although who could aged 21?  Only one or two players I suspect. 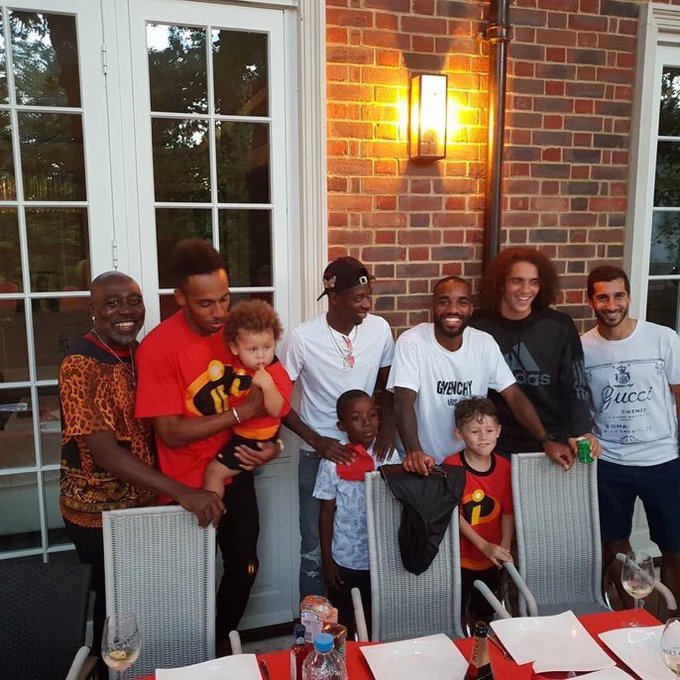 But on the plus side Dembele is good mates with Aubameyang as they played together at Borussia Dortmund.

So the money looks impossible, and there is not much time left to get things sorted, plus how would we fit in everyone in this forward line that at home was doing so well last season?   With the new midfield and defenders supplying balls through to them, and Ozil seemingly having returned to his old form with the through balls from the number 10 position, I wonder if this is seen as a priority.

If so, then the story of the £50 transfer fund rising to £70m was completely wrong.  Unless of course Mr Gazidis is going and Arsenal get a transfer fee for him.

How Arsenal will line up in the coming season, and being a trends editor.