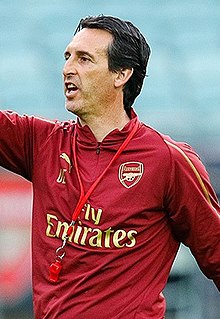 Today the points per game for this season is 1.34 and we are 10th, with three clubs below us with a game in hand and a chance to overtake us if they win that game.

This decline seems to suggest that calling for a new manager and getting one’s wishes does not always bring an improvement.    We can also note a decline in goalscoring…

In Mr Wenger’s last season we scored 1.34 goals per game.   When Mr Emery left we were actually scoring slightly more having 1.38 goals per game.  Today it is 1.17 – a very significant decline.

However in a debate the Arsenal Independent Supporters Association was having after the game today, the point was made that Chelsea changes its managers regularly and they generally win things, so changing managers might not always be a negative.

But could this be because of transfer funding which exceeds that of Arsenal.  I thought I would do a comparison.  The figures below are net expenditure in each window.

So as the table shows, the old certainties seem to vanish.  Arsenal has spent more than Chelsea over the six transfer windows we have looked at.   Both have changed managers – indeed Chelsea regularly changed managers before the years considered here, but at the moment neither side is doing as well as they would wish in the league.

So Chelsea look more likely to get into Europe next season than we do, despite spending less on transfers and engaging in regular managerial changes as we have done for the last three managers.

One can of course say that having a managerial change and buying players is not enough, we need to buy the right players and hire the right manager.  And that self-evidently is not as easy as it looks.

So what else is it that is working against us?

I’ll have a look at some ideas in forthcoming articles.  But of course, if you know what is wrong, and why the board has been unable to put it right, please do put forward your ideas.