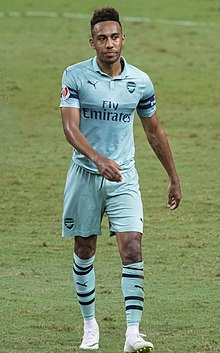 In the old days the journalists would always write, “the games are coming thick and fast for Arsenal”, and they would write that every time we had a mid-week game as well as a weekend match.  Strangely back in the 1920s when clubs used to play on Christmas Day, Boxing Day, a couple of days later, and the New Year’s Day, no one said it at all.

Anyway, they seem to have been coming thick and fast for so long it is going to be strange when after this game we don’t have another one until next weekend – the match at home to Leeds.  How weird is that going to feel.

But then another is scheduled – except that it is in Portugal which seems rather unlikely.

However we approach this one knowing that Pepe has scored in each of his last three away games which is something to behold.

As for the journalists, well Football London excel even themselves with “Full Arsenal squad revealed for Premier League showdown vs Aston Villa at Villa Park” which is of course the full squad minus the injured parties.

So who to pick?

The Guardian gives us

which of course leaves ace away goalscorer Pepe on the beach.

So no Aubameyang there for them, but Pepe gets a look in.

Now from here on we are pretty much on unified territory – for most pundits it is one of those two set ups.  So for a change here’s Who Scored’s statistical comparison for the line up with Aubameyang and not Pepe

But in essence it seems to indicate we are worse than them in every measure – whereas the league ratings and our comparison ratings have us neck and neck, except that our form (despite recent blips) since the new year is better than their’s.  Here’s the reminder for Villa…

The great hope for Arsenal is that since anyone can beat Newcastle and Southampton those wins don’t count for much.

But I think the earlier predictions look a little more likely.

One thing for the future.  We are about to start a little series on why exactly refereeing is a problem area in Premier League football, and why the media won’t write about it.  But while you are contemplating the answer, here is a line from the BBC’s preview of this game