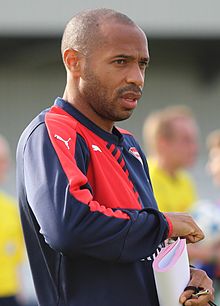 In my last piece Football is not a level playing field, and that should be Arsenal’s starting point I tried to raise the point that solving Arsenal’s problems is not one of simply bringing in a new manager, and maybe half a dozen new players.

No, I think that we are going to need to be a lot more subtle than that, given the forces currently ranged against the club and rather than just start with the sack-the-manager approach and the “six players Arsenal need to buy” ramblings of most newspaper hacks, I think we can look at this a totally different way…

Very similar sets of results over 17 games, with the simple difference that Leicester got three more wins and three fewer draws than Arsenal, and achieved that in a season of scoring just nine more goals at home.  As a result of three more home goals, six more points.

Let’s do the same again with away games

Let’s take two of our draws and turn them into wins.  Another four points.  A total of five more goals to give us 10 more points.

And yet there is currently total doom, gloom and despair, demands to be on the board and for the manager to be sacked.  But then the media love this approach because transfer rumours is the cheapest form of journalism known to mankind.  The journalists just switch on the computer and make it up and then go down the pub.  Or the other way round.

Well one thing Arsenal did this season was recognise that every time they committed a tackle a foul would be given, and that Arsenal were as a result picking up yellow cards more readily than most clubs.   So they cut the tackling and changed the approach.

It has been a clever trick – not enough to get us into the top four, but enough to stop us sinking lower and lower at the behest of referees.    In case you are interested Leeds are top of the tackle table with 653 this season.  Arsenal are bottom with 409.

This sort of adjusting the game to counter the approach of the referees which we have highlighted is interesting – not least because the main statistic we need (how many fouls do each team commit) is not published by the Premier League.  They publish a lot of data, but nothing on fouls.  Isn’t that interesting?

This awareness of what the referees were playing at was a prime feature in Mr Wenger’s approach – largely I think because he experienced the attempt to get him banned from the touch line for 10 weeks for a crime he didn’t commit (see the previous article for details).

This table is in order of the number of goals scored in the PL.    It shows that goals are not everything – in 1998/9 we only got seven more goals than this season but came 2nd.  But having the lowest goal scoring in our Premier League history is not a good start.

*Estimated final number for this season based on form thus far.

Conceding 42 goals in the PL as we will probably end up doing this season is normally top four territory.  Not always of course, any more than having the top scorer in the league guarantees us a top four place, but it is what we should aim for.

No, what is wrong is that this season we are probably going to end up with the lowest number of goals in our Premier League history, and we’ll be finishing in our lowest position.

So to be clear, goals alone doesn’t make us title contenders, but there is nothing too much wrong with the defence in terms of their prime duty of stopping goals – we are the fourth best in the league.

As shown above, five more goals could get us into Europe.  20 more goals while keeping our current defence together would see us back in the top four.

So why do the media want us to replace half the defence?  Two possible answers.  Either because they are so utterly thick they have not go the slightest idea of what is going on, or because they like Arsenal being mid-table because it makes copywriting so very much easier.  They are deliberately misleading, because they think Arsenal supporters are thick.

So what do we need?  More goals and keep the existing defence while ensuring that we adjust to the latest vagaries of refereeing.

6 Replies to “The simple solution to resolving Arsenal’s current difficulties.”