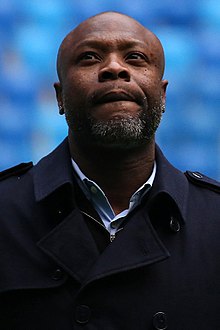 As we have seen of late Arsenal have been working on a stunningly revolutionary approach to football in the past 18 months.

One that involves cutting our yellow card haul in half, creating what throughout the whole of last season (not just the last two thirds) was the third best defence in the league, and developing in the last two thirds of last season, a team playing top four football.     This of course is just the start, and there is no reason to think the progress will stop there, unless of course the enemies of Arsenal manage to have their way and tear the whole edifice down.

For that is what many bloggers and seemingly all journalists and broadcasters want, although of course they deny it.    And we can see they want to rip up all this progress because of the way they constantly advocate policies which would set Arsenal back several years.

The approach is obvious, of course, for subtlety is not the mark of your common-or-garden football journalist / broadcaster, nor his (occasionally her) camp followers on the blogs.

The defence has taken an astounding new turn tactically?  Don’t praise it.  Don’t even mention it.  Just claim that Arsenal defence is rubbish and needs replacing completely.

Arsenal let in the lowest number of league goals save for two clubs – forget that and suggest the entire defence need shaking up.

And when you’ve had enough of that there are always embittered ex-Arsenal players now seemingly unemployed and quite possibly unemployable.  People like William Gallas who moved from Arsenal to Tottenham, and then the equally prestigious Perth Glory.  For Gallas has just generated this headline in the Mail (who have taken the article from the Sun – a most reliable source).

So this is Gallas who has never managed, and has not played for seven years, setting out a story that makes no sense, given what has happened this past season with the radical reworking of the club.

In fact the kindest conclusion we can draw is that Gallas is so out of touch with football these days he doesn’t even know what Arsenal were up to last season.  Or perhaps he did, and didn’t relish admitting that despite its poor start, Arsenal actually conceded fewer goals THIS SEASON than they did in Gallas’ last season at the club.

That would of course be a bit difficult to admit.  But its true.

Although I am sure that the all-seeing editors of the Daily Mirror knew perfectly well that this current defence operated better (despite its poor start up to Christmas as the new tactics were being learned) than in Gallas’ final year.

But maybe he was misled by the Sun journalist who conducted the interview whose words and that led him to say, “The board made a mistake picking him. I’m sure he will be a great manager but you need to have experience to manage a big club.  To be honest, it is a great shame for the Arsenal fans after finishing eighth.

“Arsenal is not the same Arsenal we knew 18, 20 years ago. We had players who were strong with strong personalities.’  And of course that is true, because at that time, Arsenal were on a run of eight seasons in which the club won the league three times and came second five other times.

Of course it is self-evident that the club is not as good now as it was then. The club persuaded Mr Wenger to get out, and then forced Mr Emery out with just four months of his contract left to go.  Of course we’re in turmoil.

It is nonsense to compare Mr Arteta’s first season, with Mr Wenger’s continuing campaigns.  And let’s not forget that first Wengerian campaign was not without its difficulties, like going out of the Uefa Cup (equivalent of the Europa today) in the first round.  At least Mr Arteta got us to the semi-final in his first full season.

Sadly, if you read the comments in the Mail you will find plenty of people agreeing with newspaper, seemingly unaware of the tactical revolution that Mr Arteta has brought out (possibly because the papers are unaware or because they choose never to mention it), and are also unaware that we had the third best defence in the league last season.

Still why let the facts get in the way of an opinion that will earn an unemployed ex-player a few quid just to keep him chugging along?

4 Replies to “The enemies of Arsenal, and how they are attempting to bring about our fall”