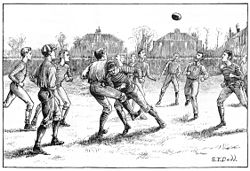 All summers are weird, in that journalists and bloggers have the job of writing their columns, but without any actual football to write about and so mostly resort to making stuff up.    But this one is turning out to be particularly odd, because this summer there are so many big stories and they are hardly being mentioned at all.

1: So many transfer stories.

We are getting close to having 100 players tipped as coming to Arsenal.  Although the scribblers manage to make up around 100 such transfers each summer they don’t normally get to 100 while we are still in June.  Could this be an all time record for inventions and fantasies?  It looks quite possible.

The reason of course is that Arsenal can then be blamed, as the window shatters into pieces, for being too slow at negotiating and the Kroenke’s and Edu having no idea how the transfer system works.

Arsenal Supporters Trust are justly notorious for having their own accountant who looks at the Arsenal financials and concludes that the directors are stealing the transfer kitty and putting it in their own pockets.

But this summer with the blogs and journalists telling us Arsenal had only £50m to spend, suddenly we found they had a quarter of a billion pounds to splash the question is “Where did this money come from, and why?”

Interestingly there is no source ever quoted apart from other media outlets – which suggests the whole story is fantasy, set up so that when it is not fulfilled the headlines will read “Arsenal promised major investment and it never happened.”

3: Was the yellow card collapse the cause of the post-Christmas turnaround?

Since no one else wants to talk about the dramatic drop in the number of yellow cards Arsenal got,  which coincided with their dramatic turnaround in form a third of the way through last season – they can’t really get into debate as to how Arsenal managed it.  We’re working on the data.

4: Is it irrelevant that for the last two thirds of the season Arsenal were the second best club in the league?

Well, yes according to most correspondents who continue to open every article with comments about last season being the worst since Rome invaded Egypt.  (Which was 30BC, in case you are interested).  But this was one of the most dramatic Arsenal turn around’s of all time, and is worthy of more consideration.

5: It is irrelevant that we had the third best defence in the league last season?

I would certainly argue no, it is not, especially as that figure relates to the whole season.  But the number of sites calling for the whole defence to be changed, has dropped dramatically.   Certainly most writers have stopped saying that Chambers and Holding should be replaced at once, which is a step in the right direction.

6: How come none of the stories are attributed to the people publishing them?

Occasionally the Athletic do claim to be the source of a story, but otherwise mostly we continue to read a little note in each article saying the source of the tale is another publication.  Go to that one and they cite someone else who… well, you know…

We will shortly be publishing a piece which suggests that far from being over Super League is simply waiting for Fifa to make a move on a plan of its own.  Few people are touching this at the moment.

8: What will happen to refereeing when crowds come back?

This really is the big one.  Soccerstats have provided analyses back to 2012/13 which shows clearly just how dominant home form was, until last season when everything changed.  The explanation for this has been academically researched and found to be referee bias.  Everyone else has shut up about it.

I’ll return to the figures shortly, but in effect we are expecting home bias to return, and for no one to say a word about the refereeing.

9.  Will Arsenal and other clubs continue to develop their playing style to accommodate referees?

It is a tragedy that this has to be so, but with PGMO remaining secretive and the media refusing to touch the subject, undertaking analyses of such factors as the changing level of tackles, fouls and yellow cards is essential if we want to get a notion of the battle going on between PGMO and the clubs singled out for specialist treatment.  We are hoping that a new program, written for Untold, to be able to do these analyses much faster, so we hope to be comparing Arsenal and other clubs more regularly next season.

We cut our yellow card intake by 45% last season, while Leicester’s yellow card account went up by 49%.  Amazing figures.  The only thing that is more amazing is that the media didn’t mention it.

Most seasons we find something previously untold to have a chatter about.  Goodness knows what it is going to be, but I suspect there will be something.   Or will we just have ever more gaslighting – one of the key topics we exposed from last season, which again no one else mentioned.  If you missed it…

3 Replies to “The 10 things they don’t want us to think about, concerning Arsenal”