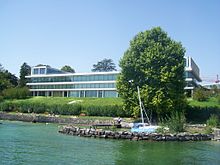 This story is four days old, and I’ve waited until now to run it because I wanted to see what the UK media would make of it.  And the answer is, with one notable exception: nothing.   For most English fans, the story is not there.

But Reuters have run it and it was covered in the Mail in England, plus it has made the news in much of the rest of Europe, and it is that on Thursday last, the Senior Commercial Court in Madrid ordered Uefa to cancel all legal sanctions imposed on Real Madrid, Barcelona and Juventus for planning the creation of the breakaway European Super League.

Also the judgement rules that Uefa must not attempt in any way to exclude the three clubs from any Uefa competitions – most obviously the Champions League – nor can any club or other organisation be fined for seeking to join it.  Fines must therefore be handed back.

Since the court has the power to rule on broader matters facing Europe which affect Spanish institutions it also ruled that the Premier League and the National Football Federation of Italy must drop any threat of sanctions against the clubs that were in Super League.  It may be because of that, that the PL has asked the media not to run the story.

Uefa in fact suspended disciplinary proceedings last June as nine of the clubs pulled out of the project, leaving Barcelona, Real Madrid and Juventus on their own.  Those clubs have now said, “The founding clubs have suffered, and continue to suffer unacceptable third-party pressures, threats, and demands to abandon the project.   This is intolerable under the rule of law and Tribunals have already ruled in favour of the Super League proposal, ordering Fifa and Uefa  either directly or through their affiliated bodies, to refrain from taking any action which may hinder this initiative in any way while court proceedings are pending.”  Uefa is self-evidently clearly in breach of this ruling.

As Untold revealed however (and again it was a story not taken up by most of the mainstream media in the UK) Fifa has been plotting its own Super League in Africa by winding up the existing African confederation and instead installing its own people (many of whom are not African) to run affairs in the continent.   Part of its plans, as we showed, in the linked article, are to run a Super League for African clubs and from there run is own Super League within Europe.

Now because the media has refused to run what is in fact the largest story ever concerning African football in any way in the UK, those interested in football in England have not had the opportunity to put the various facts together.   It reminds me of one of our great moments, when we reported the change in the Swiss law that allowed American forces to break up a Fifa meeting and arrest a substantial number of the delegates.  (See Switzerland take a greater interest in Fifa – at last).

Meanwhile back in the current crisis, Juventus, Real Madrid and Barcelona have said they are willing to reconsider how Super League works, but would not abandon it.

Interestingly the judge in Spain has ordered that all sanctions against Super League clubs should be stopped, which presumably means that he is ordering the repayment of the fines imposed by Uefa.

The court has also noted that on 20 April it gave an interim ruling that Uefa must not threaten the clubs that had signed up to Super League nor attempt to stop any club from joining or expressing an interest.

It is the fact that Uefa has started its disciplinary hearings that has caused the Spanish court to express its anger, for although Uefa is not based in Spain it is seeking, from its base in Switzerland to induce Spanish clubs to break what the court sees is Spanish law.  The court also notes that the activities of Uefa are “not isolated acts (…) but a succession of acts and statements forming part of a strategy devised by the defendants with the aim of provoking the ineffectiveness of a court decision.”

The court also ruled that the subsequent arrangements forced upon those clubs that left the new league were null and void.

In relation to England the judge ordered Uefa to inform the clubs involved that it had annulled all actions against them, particularly noting that the “sanctions imposed on certain founding ESL clubs, simply under the euphemism of calling them an agreement, are a clear breach of our interim measures order.”

The big problem for Uefa is that three clubs held their ground and would not withdraw from the new League.  Had all withdrawn, no one would have sought a legal ruling and Uefa’s attempt to set itself up as a European Court of Football, superior to European and national courts, would have succeeded.

The view from the Spanish court is that clubs can form their own leagues if they want to, without interference from Uefa, just as the old 1st Division clubs did in England in breaking from the Football League and forming the Premier League.

Uefa has now ceased its actions against the three clubs that are still in Super League but otherwise has not changed its stance.   And despite the utter silence in most of the English media the case won’t stop here.  Uefa is under serious legal threat, and Fifa won’t take action to help Uefa because it does not want to harm the evolution of its own African Super League proposals.

To slightly misquote Laurel and Hardy, “Well, here’s another nice mess you’ve gotten yourselves into.”