By Sir Hardly Anyone and a pineapple* 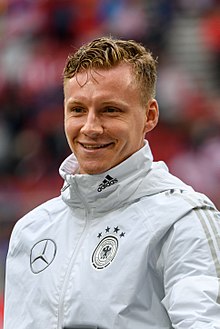 So announces SPORTbible although they then immediately change the message and tell us that “Arsenal are reportedly prepared to spend £250m on at least five new signings this summer, as Mikel Arteta’s huge transfer rebuild begins.”

Quite why a club that spent months re-training its squad into a new tactical approach and then had a final two thirds of a season as the second best club in the league should want to throw all that away and bring in “at least five new signings” is not explained, which is a shame, because I’d like to know the logic there.

For although we’ve been fulsome in our praise of the way Mr Arteta has so ruthlessly carried through his transformation of the club (and indeed managed to hide it from the media in a most amusing way) there is a danger that some young scamps jotting notes in the garden shed have missed the statistics that led to the discovery.

However the quarter of a billion pounds is back in the headlines and if we were going to buy even a tiny fraction of the 112 players we are tipped to be signing we are going to need every farthing.

Anyway they are now getting excited about James Maddison, of whom it has often been said.

Elsewhere the whole thing about the defence being totally changed is continuing but I thought I’d go back for a moment to those figures for the last two thirds of last season, and look again at the defence.  I mean we know we had the third best defence in the Premier League across the whole of the season, but what about that era after the transformation of the tactics was complete…

In this table the clubs are ranked by the goals scored against them across the final two thirds of the campaign….

As that table shows, in the last two thirds of the season Arsenal conceded just one more goal than Manchester City and ten fewer goals than Tottenham Hots.

As we have pointed out before, it is therefore the attack that needs a bit of extra ooomph (to use the technical term) meaning that we need to get Aubameyang back to his earlier form, and ensure that he gets a regular solid supply of usable chances via Saka, Smith Rowe, and I would argue, Willock.

However what Sport Bible says instead is “Leno to move on?”

Now the vague meandering gibberish that passes for journalism in England at the moment has focused on this one too as 101 Great Goals has said, “The German endured a somewhat hit-and-miss campaign last time out, with a series of high-profile blunders.”

Quite how does that balance out with the fact that with Leno in goal Arsenal had the third best defence in the league through the entire season, and a defence that let in only one more goal than Manchester City in the final two thirds of the season?  It is an argument that seems to have all the logic of a pineapple.*

*to avoid an accusation of bias other fruit may be used from time to time as illustrations within our effort to understand what some of these blogs are saying.

As we say, there may be more on this anon.