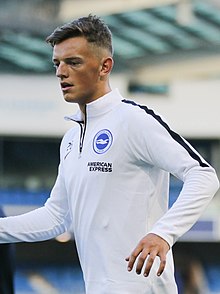 How 8 Arsenal players swept to the top 20 table in Europe this month was the headline from Untold Arsenal on 21 May – which by and large was two months ago, although with well over 100 Arsenal transfer rumours recorded since, it seems much, much longer.

In our article on 21 May we looked at the figures from CIES Football Observatory which rate players “taking into account the pitch production and efficiency at both individual and collective level (methodology) while using data from OptaPro.”

The OptaPro figures are themselves quoted by some journalists when it suits, but by and large not in the summer when the mere existence of a player is enough to suggest he is coming to Arsenal.

Anyway it was that article which led to the statistical examination of how well or badly Arsenal players had been performing in the recent weeks and months and why (according to the media) it was necessary to sell the existing team (which in the last two thirds of the season had performed at the level of runners’ up) and buy a new one.

And the response of the media?   Get rid of most of them, and bring in another collection of players from lower down the rankings.  (As for why that was suggested, that’s a different matter and we’ll come to that in another article).

As things stand Arsenal has done a bit of transfer work this summer bringing in:

Nuno Tavares, a defender from Benfica, Albert Sambi Lokonga a midfielder from Anderlecht for £17.2m and now Ben White, a defender — from Brighton for £50m.

White in effect is a younger, improving and overall an upgrade on David Luiz.

But what about all these players that everyone wants us to sell.  Players such as Europe’s second best player in the last month of the season: Granit Xhaka.

It has been reported in many places that he wants to leave, and one can’t blame him, given the way he has been treated this last season by the media and some of Arsenal’s supposed fans.  But replacing him is certainly going to be a problem.

According to the Guardian piece, “Bellerín’s representatives met Edu, the technical director, this week and were informed Arsenal would like him to extend his deal, which ends in 2023.”   They report that both Inter Milan and Atlético Madrid are interested, and who can blame them, with the statistics he was generating in the latter part of the season.

Roma have bid for Xhaka and he too is apparently being offered a contract extension.

So Arsenal have spent around £75m but have not sold players such as Sead Kolasinac, Lucas Torreira, Ainsley Maitland-Niles, Joe Willock and Reiss Nelson all of whom the media have said are on the way out.

Talk of Nicolas Pépé being given away has thankfully stopped, and there is suddenly a reactivation of the notion that Martin Ödegaard might return from Real Mad, who themselves have financial issues (as do all clubs in Spain it seems – although most attention has been on the collapse of Barcelona’s ability to borrow even more money).

Mohamed Elneny is another player who is regularly tipped to be leaving, as he was this time last year – although he then suddenly turned up in pre-season games and in once case scored a goal from 50 yards out.

But 12 players have gone: David Luiz has been released, Mark McGuinness to Cardiff, Trae Coyle to Lausanne, Zech Medley to KV Oostende, Konstantinos Mavropanos on a loan to Stuttgart, Daniel Ballard loaned to Millwall, Ben Sheaf has been sent to Coventry, Matt Smith is loaned to Doncaster, there is hope that one day Mattéo Guendouzi might return as he is loaned to Marseille along with William Saliba, Nikolaj Möller is loaned to Viktoria Cologne and finally Tyreece John-Jules has gone on loan to see the lights at Blackpool.

The 2020/21: The key data tables and the 20 articles that emerged from them are now all listed on the home page of Untold Arsenal

2 Replies to “Could it be, after all this, that Xhaka might stay?”