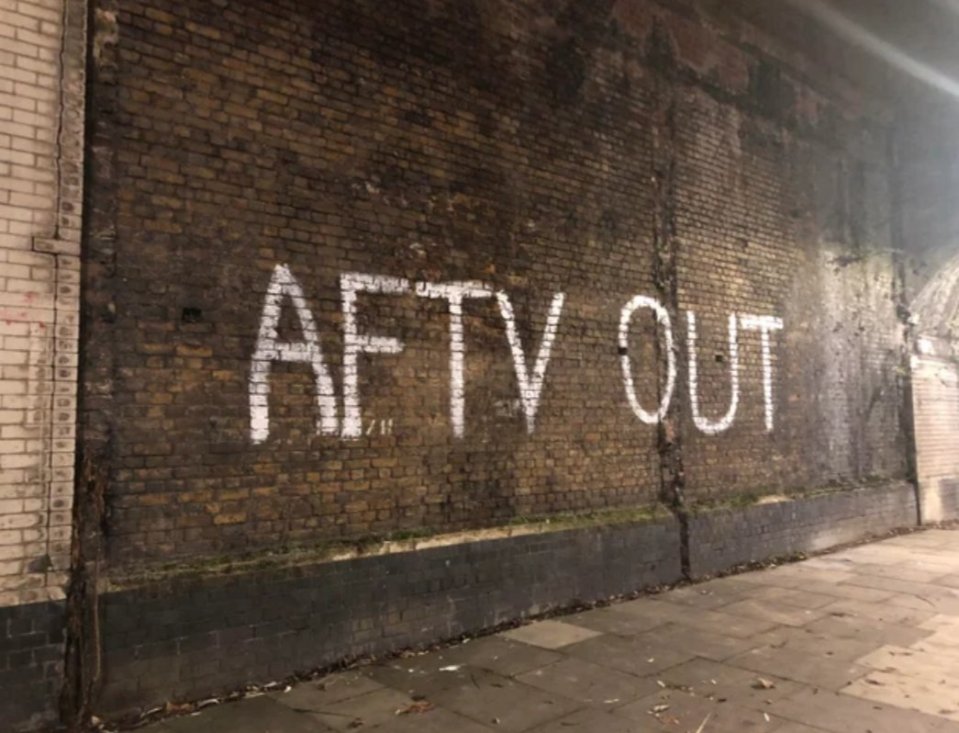 So how did it all go so right?  Arsenal Fans TV and its camp follower Piers Morgan have been making fun of Arsenal, its players and its loyal Arsenal supporters for years.

Outrageously proclaiming on its web site that “AFTV is the No.1 Fan Channel on YouTube” it was set up with the proclamation of being by Arsenal Fans for Arsenal Fans,” it has been nothing of the kind.

In effect AFTV instead has simply been the forum for criticising the players, manager, board of directors, owners, past players, groundsmen, gate keepers, programme sellers and anyone else you care to think of associated with the club, taking the standard media message to an even lower level than most of us ever thought possible.

Rarely if ever has it presented anything positive about Arsenal, and for this reason it is loved by, and given publicity through (and some would suggest, financed by) the main stream media.

Indeed it was most interesting to see reports in the media being written with a somewhat sad air, noting as they did that at last a number of fans had turned on Arsenal Fans TV.  In the new speak of the media the Youtube channel is now called “Controversial” as oppose to “Vibrant.”   They haven’t yet got to  “downright negative and insulting” as might be more appropriate, but they noted that there were “ugly scenes outside Goodison Park”.

Although I must admit I rather think the only thing that was ugly was Arsenal Fans TV.   The Mail which covered the story along other newspapers, of positive fans turning on Arsenal Fans TV  itself is notorious for promoting some of the most vigorously anti-Arsenal blogs in its on line editions, but now said, “Some Arsenal fans have got restless with AFTV because of how critical it can be.”

“Restless” is not quite how I would describe it, but each to his own.

It is indeed interesting that the Mail prefaced that sentence with the word “Some”.   When commenting on negative comments by some Arsenal fans they normally just write “Arsenal fans…” dropping the “some” suggesting instead everyone is negative.

Anyway, trying to distance itself from its support for AFTV, the media, rather than admitting that it had been at the forefront of anti-Arsenal negativity over the years has now been developing such lines as, “Such division among supporters is symptomatic of Arsenal’s malaise.”

And if the owner of AFTV thought the national media which has been giving publicity to AFTV since it started might come to its rescue as the anger of the crowd grew, well, no it didn’t happen.   Instead they went out of their way to make sure we all knew that AFTV was run by Robbie Lyle (not just Robbie as he likes to be known).

Of course what the media desperately do not want is for people to start thinking that part of the problem with the Arsenal is the way that it is endlessly reported in negative terms by the media.  But I can’t imagine any TV station, radio station, newspaper or blog ever admitting that.

Certainly, I can’t see how AFTV has ever been or could ever be a force for good in relation to Arsenal, and since I do want good things to come Arsenal’s way, I’m rather pleased the tide has turned.  Let’s hope Robbie Lyle gets the message too.  His media supporters, fickle things that they are, have turned their backs.

Untold runs its own Video Updates:

We’re continuing to experiment with our video commentaries: do take a peek at Untold GoonerNews

34 Replies to “AFTV get out of our club. Where did it all go so right?”