Isn’t it odd, how one little blog, focused on numbers,

can point something out, and then it changes! 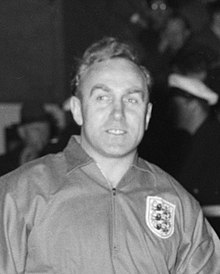 In short, they were freak results.  Wolverhampton stayed in that position until the end of the season, but Arsenal slipped and ended up 7th.

Up to 2018 we had a 15 match unbeaten run against Wolverhampton doubleyous, but the more recent games have been more troublesome.  We’ve played them seven times in the Premier League since December 2011 and only won two.  They have won two and three have been draws…

So on to the playing style

The number of tackles each club can put in before getting a yellow card is very similar, but Wolverhampton are treated 16% more leniently than Arsenal when it comes to turning fouls into yellows.

But the weakest spot for Wolverhampton is their desire to give away penalties.  They are equal top of the “penalties against” league table (equal with Brighton and Hove).  So we need to be ready to get one – Wolverhampton are handing them out once every 2.5 games – although we have only had three in our favour all season.

However we should note in passing that penalties are a variable feast – and in this regard we might consider the variability of all things Leicesterian.

Last season we brought to the world’s attention the bizarre level of tackling that Leicester were able to undertake (far far more than any other team) while getting away with precious few yellow cards and even fouls).   So different were their figures from any other club’s we wrote about it several times.  Bizarre and eccentric explanations were given by Leicester fans (all fully examined by Untold and found to be unrelated to the world of reality) BUT following our revelation, Leicester’s tackling started to be penalised by referees as every other club’s tackles were – with a sprinkling of free kicks against.

Down the league they slipped.

This season, another oddity.  We made a big fuss about the number of penalties Leicester got, pointing out that at the rate they started with, they would beat the top league’s penalty record by trebling it.  And now the penalties have stopped.  If you are interested in such things you might also enjoy  “How a club can commit the most fouls, but get the fewest yellow cards”

Isn’t it odd, how one little blog, focused on numbers, can point something out, and then it changes!

Changing the bed linen and a question of scoring

Wolverhampton have had a clean sheet only once in the last 14 Premier League games, and since we have the second best defence in the league that looks rather promising to me.

Plus in the whole of last season, they didn’t score in eight games.   This season with 55% of their games played they haven’t scored in seven of them.

(In case you didn’t get the connection with the picture at the top that’s Billy Wright, Wolverhampton player and later pretty awful Arsenal manager).