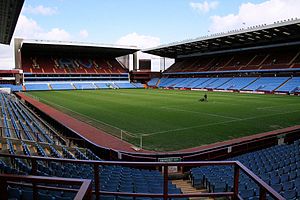 For a few weeks at the start of the season Arsenal and Aston Villa were high flying clubs, but that quickly slipped away.

Villa have now played a uniquely low level of home games but when it comes to comparing Villa’s home form with Arsenal’s away form, the parallels are obvious, despite their resistance to play at home.

Arsenal’s last five in League and Cup away have given three wins and two defeats with a goal difference of 9-4.

These figures give a slight advantage to the away team, which is what the overall figures in the league continue to give for this season.  They have scored seven and conceded seven.

So current form gives us a slight advantage.  And in fact if we look at Villa’s form both home and away in the games since the start of the year it is won two, lost five, those wins being against Southampton (0-1) and Newcastle (2-0).    They have scored eight,

Arsenal since  the start of the year have given us four wins, two defeats and two draws.  13 goals scored and three conceded 14.

So looked at all ways the form is with us.

As for their tactics

Aston Villa have played two fewer games than Arsenal, which if played at their current rate of tackling and fouling would give them 283 tackles and 242 fouls, so a notable difference from Arsenal, but of course this probably would not change their ratios.

With teams as balanced as this in terms of results and performance, the entire issue seems to come down to weather Arsenal’s defeats to Wolverhampton and Southampton were anomalies caused by the situation (the sendings off at Wolverhampton and saving the team at Southampton for the subsequent league game), or whether they are a sign of the turning of the tide.

One Reply to “Aston Villa v Arsenal: statistics point to a balanced game.”