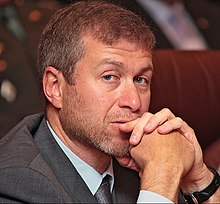 As surely everyone knows, football is in financial meltdown, and is surviving only because incredibly wealthy individuals, and in some cases countries, are ploughing money into clubs to keep them alive.  Matters were pretty bad before the pandemic, but now, with income dramatically reduced debts have got out of control.

Interestingly no one seems to have a produced an updated comparison of club debt of late (or if they have, I’ve missed it, sorry about that), so I thought I’d try.  These figures are taken from a variety of publicly available sources.  I have converted Euros into pound £ at a rate of 1 euro equalling £0.89.

These figures of course just give the debt – not taking into account to whom it is owed.

Arsenal, you will notice, are not in the list above, but Arsenal certainly has a massive debt, currently said to be £185m.  However that debt is owing to Kroenke Sports & Entertainment, which is slightly reassuring since if Kroenke actually ran short of money (perhaps because all his various sports clubs were getting into difficulty financially) he would simply sell the club.  An individual cannot foreclose on himself (although I suspect some football club owners might have tried).

It is also interesting how debts seem to have piled up dramatically in recent years with Manchester United’s debt level increasingly quite considerably of late.

Also below the top ten we can find some smaller clubs (smaller in the sense of smaller turnover and without too much chance of making that grow quickly) with fairly large debts.  Watford having a debt of £97m which looks worrying given its size, as does Bournemouth’s £90 million debt that is quoted in some quarters, although that seems to be supported entirely by a very rich foreign owner.

As for Manchester United’s debts, these date back to the takeover of the club by the Glazer family, who effectively made the club itself pay for their takeover by awarding themselves loans from the club, which they used to pay for the cost of buying the club.  A clever trick if you can do it.  Also we can note that the family have arranged things so that they get a huge dividend from the club each year, whether the club makes a profit or not.  Again clever, but also unsustainable.

So what do all these debts mean?

Debts are not necessarily a problem – lots of people live with debts in terms of mortgages etc and it never worries them.  But debts can be a problem if….

a) The lender wants his money back.

c)  Someone wants to buy the club but then is put off by the debt.

d) The club wants more money, perhaps to pay salaries or buy new players, but no one will lend it because of the high level of debt already in place.

e) Any banks involved believe that the whole business is utterly unsustainable.

So Chelsea owing £1,300,000,000 doesn’t really matter if Mr Abramovich doesn’t mind having that much money tied up in the club.  But if something happened to Mr Abramovich or his fortune, that could put Chelsea in a different position.  At the moment he seems to be happy to support the club, even though he doesn’t make it to too many games.

But going down the table I am not sure Barcelona’s coffers run much deeper and they might actually run short of money in the near future.  Would others want to buy into the club, knowing how much debt there is already there?  Or will it just be a case of selling players?

One can wonder about each club up and down the list – and each has different factors, but in all cases one thing is common to every club: the current level of income is much reduced from that which was expected, and it will continue to be much reduced for some time to come.  So the losses mount up, but the players need to be paid.

There is going to come a time when players who would otherwise not be sold will start to be offered on the market, and when owners who have supported the club through these thin times, will suddenly say, “this has to stop.”   I suspect one of those top ten is going to appear rather shaky at some time soon and be anxiously looking for a new owner – or at least another bank that will lend more money.

But here’s another thing: if too many players are offered for sale at once, then the value of players drops dramatically, and that could harm a lot of clubs.

3 Replies to “Just how huge are the debts of the big football clubs?”