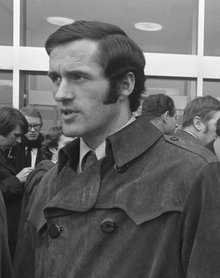 The aim in this little piece is to compare how Arsenal are doing after 29 games this season compared with recent seasons.  And as you can see from the headline, it turned out to be a rather negative analysis.

When it started it seemed like a really simple thing to do, but what exactly are we comparing?  The first column compares the position in the league at this stage of the season, the third column looks at how many points we were away from the top of the league, and the fourth column shows how far away from the much derided fourth we have been.  And then the rest of the table follows the normal pattern of a league table.

The bottom line gives the average across these ten seasons.

Arsenal after 29 games, year by year…  The seasons in red are our three best seasons.

So, after 29 games, since 2010/11 we have been anywhere from 2nd to 9th and anything between 5 and 42 points behind the leaders.  Here are our best and worst seasons after 29 games, and below that the average.

And so what can we conclude from the past ten years?

The “points from the top” is not a very helpful column since several times over the years we have had a club that has strode away from the pack, and there has been no chance of anyone catching them.

As a result The “points from fourth” column is probably the most telling, not least because it resonates with the AFTV and Black Scarf slogan of “Fourth is not a trophy” but also rather than being a place greeted with derision, sneers and insults, it is now a target – albeit a target we are not reaching.

And the rather horrible fact is that we are at this moment at our worst position across the last decade.  All those managerial changes, transfers, planes flying over the top of the stadium etc  etc, have taken us to our worst position in relation to reaching the top four.

In terms of points gained by this part of the season, we are two points better off than last season, but that is about all we can say.    We are 15 points behind where we were in the one complete season Emery was given as manager.   In fact only one season in the last ten years exceeded that achievement – but Arsenal then sacked the manager.

The one thing we can say is that we have got the defence in order – we have the fifth best defence in the league, and have conceded the same number of goals as Manchester United.  And yet, and yet, one of the main topics in the wild, rambling discussions is the urgent need to deal with the defence!  Bellerin must go,  Calum Chambers and Rob Holding “have tried their best” as one blogger condescendingly put it, David Luiz has been torn into.

But the key point surely is the goal difference – this year and last season have been by far the worst for this.  As indeed has the goalscoring.  We are anything between six and 21 goals behind what has been achieved in the past.

Can it all be put right?

Well, there is something.  After the process of having three managers in four years, we seem to have abandoned that lark, just as all those “Wenger out” cardboard cutouts have gone.  Maybe some stability might help us get through.  But what we have to notice is, these last two seasons have seen us in the worst place at this stage of the season since… February 1995

Here is the league table at that moment.

So we aren’t as bad as we were when George Graham went.  But really, what we absolutely must not do is change managers again.  It can work (as Mr Wenger showed when he finally arrived) but as the last few years have shown, it is not guaranteed.

160 historic Arsenal videos with more being added each day

3 Replies to “This is Arsenal’s worst position for over a quarter of a century.”