By Sir Hardly Anyone, Untold’s Head of Certain Things 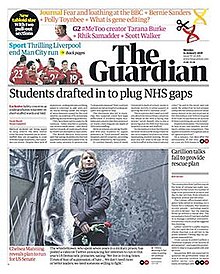 The Guardian, ahead of the final match of the season published a fan’s eye view of the season past and the season to come.  It is an article which shows one of the big problems that Arsenal face at this particular moment, and highlights one of the forces that is reigned against us: the media and its attachment to disaffected fans.

My view is that following the media’s great success at keeping the story of Arsenal’s recovery out of the headlines, they will now redouble their efforts to stop fans recognising the incredible turn around of the last five months and instead focus on the media invented notion that the club is in chaos and needs major surgery.

Of course, results since Christmas show this is mindless gibberish.    But the negativity continues, and to see it in action, one need look no further than at a commentary from the Guardian written by Bernard Azulay of goonersdiary.co.uk published in the run up to the final game of the season.

The implication of the write-up is that Goonersdiary is a regular, current blog, and that as such the blogger represents current fan opinion.

And yet what we find is that Goonersdiary was last published on… wait for it… 3 December 2019, with the author noting his declining physical well-being, (of which I was sad to read at the time, and indeed I feared the worst.  I’m glad he’s got through and wish him well).  But despite having given up blogging, the Guardian implies Gooners Diary is a going concern and the commentator a regular blogger.

So we do that?  Why cite a long since deceased blog, and why is the Guardian yet again using as its source a gent who is of the – what shall I say – ultra-negative persuasion?

Of course no answers are needed.  The ultra-negative Goonersdiary fitted their agenda.

The last entry on the now defunct site speaks of “the desolate expanses of a half-empty Emirates” – and that more or less tells you what you need to know.  Yes, crowds do go down when we play in the Europa and in the League Cup, largely because some fans don’t like to cheer on the youngsters.  But half empty?  No – and I’ve been to the games.

In the Guardian he talks up the “fearless dynamism of the likes of Tierney, Saka, Smith Rowe and Martinelli” and how they “offered plenty of cause for optimism” – and I’m with that.  But beyond that it is negativity all the way.

So here is the Guardian promoting a now deceased site, to find themselves a blogger utterly full of raging negativity.  And Bernard Azulay does not let them down.  Not a single mention of the phenomenal turn around in form after Christmas, nor the fact that if we can keep this up next season we’ll be top four for sure.  No, instead it is “Willian proved a complete waste of space, while Partey failed to live up to his initial promise.”

Plus of course there is the obligatory knocking of Xhaka, the player whose statistics from CIES Football Observatory show that he is in fact our best player, not someone who is the cause of our alleged “inconsistency”.

And what inconsistency is that, we may ask?  Just look at the table post Xmas and tell me where the inconsistency is…  (And yes we’re running it again, because the message is just not getting through and this has now become a case of Untold v The Media).

So in the Guardian we have demands for new players and the offloading of Xhaka, Willian and Auba… exactly  the sort of demands that are set up to develop the theme that Arsenal are useless, Arsenal are in chaos, Arsenal are in turmoil… the message that encourages players (young or experienced) to think three times before agreeing to come to Arsenal.  Why go to a club that is in such a mess?

In Untold’s earlier series of articles we focused on four ways in which people will try to destabilise Arsenal and stop our incredible recovery from continuing, and this is a perfect example of one of the four: the media doing anything (including references a long defunct website) to put its raging anti-Arsenal message across.

7 Replies to “Using a defunct blog to knock the Arsenal: the media sinks lower still”