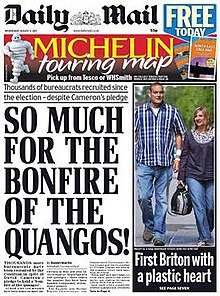 Here’s the view from the Daily Mail…

“It’s been such a miserable year again for Arsenal, you do genuinely wonder whether they’ll now be mired in mid-table mediocrity for years to come.   There will be no European football at the Emirates Stadium next season for the first time in a quarter-century and the post-Wenger regression continues apace.

“Mikel Arteta knew the scale of the rebuilding job that awaited him at his old club but it’s still been a hugely disappointing season and he’ll soon be gone if it continues in the next campaign.”

That is an absolutely damning comment on Arsenal, and undoubtedly the Mail has got a lot of its readers following that view, even though as a commentary on Arsenal last season it achieves the near impossible of ignoring every single fact and every single element of reality.

For example, it ignores the sensational improvement in the last two thirds of the season, which shows that far from pondering “whether they’ll now be mired in mid-table mediocrity for years to come” anyone with an ounce of understanding of Arsenal’s position will actually be pondering whether the club can maintain its sensational form improvement since Christmas.

There is also that interesting phrase about “post-Wenger regression” – interesting since it comes from a newspaper that led the charge against Arsene Wenger and spent years telling us how awful he was.

The key to what the Mail is up to comes with the ending comment re Arteta, “he’ll soon be gone if it continues in the next campaign”.   It is unlikely that the owners, directors and executives of the Mail are quite as pathetically stupid as to believe this gibberish in the light of what the statistics shows.  But it is clearly a fact that the Mail expect their readers to believe it.

And indeed they continue in the same vein…

“The only real optimism has come from the way youngsters Bukayo Saka and Emile Smith Rowe have stepped up and Arteta needs to be building the whole team around them.

“With the Kroenke owners attempting to paper over the widening cracks by signing up to the European Super League, fan anger is reaching boiling point.”

Of course none of this makes any sense, but that “paper over the widening cracks by signing up to the European Super League” really seems idiotic to the point of calling in the men in white coats.  Manchester City, who as we saw in the last report, can buy their way into winning almost any competition, also signed up.  So were they trying to paper over the cracks?  If so, what cracks?

It probably took Adam Shergold 30 seconds to write it, and his lack of knowledge is in part explained by the fact he is a Boston United fan who normally writes about lower league things.

But the Mail appears to have a vested interest in writing untruths about Arsenal.  And that I think is because that is how they feel football fans should be treated.

I reached this view when yesterday I presented the CIES findings to some Arsenal supporters and one immediately dismissed the statistics on the grounds that he’d seen stats showing that Arsenal had the best passing ability, but since all the passes were backwards, that was clearly nonsense, so all stats should be ignored.

Now that view is in fact a method of undermining much of our civilisation and returning us to the Stone Age in which pure emotion and being the biggest rules the day.  Analysis, facts and figures, detailed review… these are the things of modern civilisation.  Dismissing them in favour of “the evidence of my own eyes” really does return us to primitive times – which I suspect is the aim of the Daily Mail.

For sadly it is true, the Stone Age attitudes reign supreme in football journalism.  (I was going to write “Neanderthal attitudes” but that would be an insult to Neanderthals).