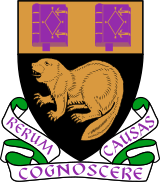 As we know, last season, with no crowds present for most games, the traditional balance between home and away wins was upset.   Only 38% of games ended as home wins while 40% were away wins and 22% were draws.  The average across the Premier League years before this past season was 46% home wins, 26% away wins and 28% draws.

The reason for this change was established in research carried out at London School of Economics (part of the University of London) which is described in full here.  The clear result of that work is that the reason for the change in statistics between when a crowd is present and when it is not, is that the crowd affects referee decisions.

The implication of that is that the more passionate and biased the crowd, the more influence they will have and the more they will help their team.

As far as we can tell, the PGMO which runs refereeing in the Premier League has taken no notice of these statistics, not just because it suggests that referees have been biased by the crowds, but because of the years of claims made by PGMO that they were the best in the world, and that for their referees to be biased was unthinkable.

This view of PGMO has been enhanced by the failure of the media to take up the findings of referee bias and publicise them.  Worse, articles have appeared which suggest that the whole home/away change was a myth.   This reached its low point when subscribers to the highly recognised New Scientist magazine received as their daily science email a report (which contained no statistics) which suggested that the whole change in home and away figures was a total myth.

This in turn was an example of “gaslighting” – an approach which rather than argue seriously against a point of view with data and analysis, simply says that the issue is irrelevant and not worthy of consideration.  Indeed we have published a series of six articles on gaslighting and its relationship with the way football is reported.  Details of those articles can be found at the end of this piece.

Additionally over the years Untold has presented a range of information to suggest this is not true, as for example with our 160 game analysis  which remains the most comprehensive analysis of its type of referee decisions.

But the denial by the media that the question of refereeing is an issue (even in the light of the dramatic change in the home/away balance during the season without crowds) is just one issue that is dismissed without examination by the media at large.

Most notably at this time of year there is the issue of transfer rumours, which we track on this site.  The sheer illogicality of the media suggesting that Arsenal’s team is very poor because the club has bought in the wrong players, while then suggesting Arsenal should get rid of a lot of its players and bring in new players, is never examined.

What’s more the fact that although the transfer window has only been open for 16 days and yet already 87 players have been tipped to be joining Arsenal in our most recent report (and we’ve found several new names since then) shows the lack of logic or even basic research that is going on.

Moreover there is a constant chatter about replacing the defence.

Indeed just a couple of days ago the Daily Mirror suggested that Arsenal would line up at the start of next season with Onana in goal, and a back four of Bellerin, White, Gabriel and Tierney.   Which is curious since Onana is banned on drugs charges, Bellerin is the player who most commentators have tipped to leave this summer, and Ben White would be new to the club.  Missing are Holding and Chambers who many thought were playing rather well towards the end of the season.

More bizarrely there is no recognition of the fact that last season we had the third best defence in the league, conceding just three more goals than the highly acclaimed Chelsea, and three fewer than Liverpool, and six fewer than Manchester United.  One would think that if we needed some changes it might be in attack where we were considerably behind all the other members of the traditional “big six”.  Even Tottenham scored 13 more league goals than Arsenal.

Worse still, no one but no one mentions the unprecedented collapse in the number of yellow cards Arsenal got last season, and how that was achieved.  To the media, that’s nothing.

Thus the entire analysis of last season against this season is yet another perfect example of gaslighting – refusing even to recognise obvious issues totally, and then making up other issues to sidetrack the debate.

But we must admit the media is very, very good at this.  Which makes it even more insidious.

2 Replies to “Will home advantage (and referee bias) return with the crowds next season?”