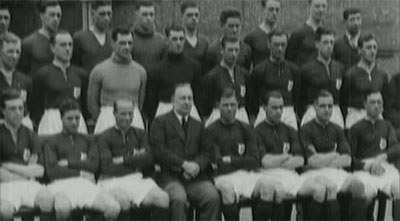 It is at this point in the season that commentators start raging about how appallingly inept Arsenal are at everything, since we have five players out with an injury or illness.

And we might remember of course that previously it was Mr Wenger’s fault as no club, it was said, had as many injuries as Mr Wenger’s Arsenal.  It was all untrue, but it was repeated week after week for around 10 years).

So it is important to compare with the rest of the league.   As ever this season we are taking our figures from the Physioroom injury table

Here are the number of injuries – working down from the top

So we are midway down the table in the group from eighth to 12th.  Here are the physioroom details.

In our games against Chelsea we have historically done well, although that figure is helped by the fact that before the mega billions poured into the club they were pretty awful, only winning the league once and then by having an ex-Arsenal man as manager (a man incidentally who they sacked shortly after giving them their one and only title of the era).

Overall therefore we are still ahead with 80 victories, 65 defeats and 58 draws.

In terms of high scoring games we have come out on the wrong side occasionally, but mostly they have been in our favour, our last scoring of five being in October 2011 with our 3-5 away win although in March 2014 they went one better and beat us 6-0.

That latter game was and is notorious.  It was Arsene Wenger’s 1,000th match as Arsenal manager.  The referee, a certain Andre Marriner incorrectly sent off Kieran Gibbs – while all the players (from both teams) gently tried to persuade Mr Marriner that he was an incompetent dodo who should be removed from not just this game but every game thereafter and sent to a rehabilitation home in the Falklands.

Even the almighty FA could see the whole thing was a load of nonsense, and eventually after several years deliberation (or so it seemed) decided that the wrong player was sent off.

The rules clearly stated that while a player should be booked for deliberately handling the ball, a red card was only to be shown for “the unacceptable and unfair intervention that prevented a goal being scored”. Therefore, the red card was withdrawn from both players’ records.

But of course by then Arsenal had had to play out the game with 10 men, and Chelsea knew a winner when they were on to one, and that ref was most certainly from their point of view, a Chelsea winner.

Was it not ever thus?

Up next: How the referees call a foul every time Arsenal tackle, but Chelsea can just get away with it over and over again.

20 Replies to “Arsenal v Chelsea: the injuries, plus referee ineptitude and disaster areas”