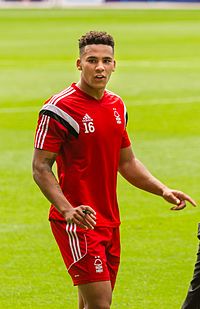 Now here is a funny thing.  Just look at the injury table – we are no longer at the top, in fact we are almost at the bottom.

Of course this will be an opportunity for one or two anti-Wengerians to come in and say that they told us all along that our ex-manager and his training sessions were the cause of our injuries.

But they might care to remember that we have been up the top of the injury league for quite a bit of the time since he left, and there really doesn’t seem to be any link between manager and injuries – unless it relates to the way referees reign in clubs with yellow cards.  We’ll look at that later.

Anyway, here is the full list of the number of players each clubs has injured at  the moment, as always taken from the database of Physioroom.com

But who are these two recalcitrant players still crying off with injury when all others are fit, I hear you ask.

Well here they are…

So we could be pretty much down to one covid and no injuries!  If covid isolation is now 10 days then Gabriel is well out of it.  But if he has not been training, even on his own, it would be sensible to leave him until the next match.

As for Arsenal although we have had three wins in a row our home form is still not that good, although Newcastle’s away form isn’t either.

So home and away comparisons for today look quite even, although we are doing better on the injury front.

As for the tackles, fouls and yellows this is what we find at the moment…

Both clubs have obviously been taking note of these tables as both are getting in more tackles per foul than they were earlier in the season.   But there is a similarity between the two clubs, so the most likely influence today will be how each side has been doing of late…

We’ll take a look at the last ten games…

We have five wins, one draw and four defeats and 21 goals scored.  True our last ten includes a couple of easy Europa League games but that’s still a lot more than Newcastle have been knocking in.  So far it is looking positive on all fronts.

We’ve completed the latest round of analysis of referee behaviour and club responses: