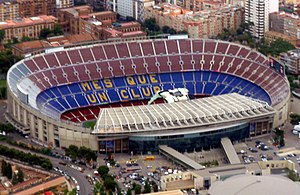 It is being reported that the Premier League clubs which were part of the Super League have now agreed to a Uefa declaration that they will behave in future and not be naughty again.   Or in Uefa speak, have signed a ‘club commitment declaration.’

Should they break the declaration they will be fined €100million each, although whether Uefa would ever be able to get the money is unclear.  More likely the fine would be unpaid, and then the clubs would be kicked out of Uefa for non-payment of the fine.

The naughty boys from England are accompanied in this back-off by AC Milan, Inter Milan and Atletico Madrid.   But that is it – only nine are backing off and throwing in their future with Uefa.

In its statement Uefa says, “Those nine clubs acknowledge and accept that the Super League project was a mistake and apologise to fans, national associations, national leagues, fellow European clubs and UEFA.   They have also recognised that the project would not have been authorised under UEFA Statutes and Regulations.”

In addition to signing the letter the clubs will each chip in about €1.6million which will go to funding children’s and grassroots football across Europe.  That will be a relief to the FA whose attempts to do anything for children’s football has been an utter disaster.

However while the rest of the gang will also have five per cent of Uefa revenues withheld for the forthcoming season, this obviously does not apply to Arsenal, since Arsenal won’t be in Europe.

All of which now leaves Real Mad, Barcelona and Juventus on the outside peering in.  Barcelona is the one of the three with the big problem now, because they have been reported to have real financial troubles.  Uefa says they will now take further action if the three don’t pull back.

Speaking at the announcement of this development Aleksander Ceferin of Uefa noted that the gang of three were not playing and said, “Uefa will deal with those clubs subsequently.”

And of the Gang of Three, Barcelona looks like the one in trouble, which is interesting given that it is, I think, the only club in the world with a turnover of over $1bn.  But its financial management, even to someone whose company never got beyond a turnover of £750,000 a year, looks bonkers.

Generally it is agreed that they have been financially on the edge for some years, and we know that it has failed to complete various debt repayments, which mean renegotiating the debt at much higher levels of interest than would otherwise be the case.

Part of the problem is that everyone has known the problem for years.  Barcelona had to be seen to be buying the best, no matter what, and so prices went up and up and its debt to banks, clubs from whom it has bought players, and very alarmingly the tax authorities, is now over 1 billion euros.

Worse again, a lot of the debt is short term, which means either they have to pay up (which they can’t) or else they have to refinance (which costs more and more and more each time you do it).  Forget interest rates of 2% or 3%, Barcelona can’t get any money at anything like that level.

Worse again and again, three quarters of the income immediately goes on salaries.  Fail to pay those on time, and the transfer window doesn’t just slam shut, it sprinkles its glass all over the pitch.

And all that was before the pandemic.  During the corona crisis, costs have continued but income has dived.

We first commented on that when we saw the reports that the closure of the club museum as the pandemic arose, was causing Barcelona financial concerns.  And yes the club museum is a central part of people’s visit to the city.  But even so – for that to bring the club towards tipping point…

The latest estimate is that Barcelona has lost a quarter of a billion dollars in the pandemic and that comes on top of a financial crisis that was already worrying everyone in Spanish football (not least because it owes a third of a billion dollars to other clubs and the banks).

And as all this approached, Barcelona signed a new contract with Messi which involves payments over time of another half a billion dollars!  So now its only weapon for sorting out its debt is to… renegotiate the debt with those to whom it owes money.  Which means higher interest rates – and (oh you’ll love this, if you have ever been involved in business finance) an advance on its TV revenue.

I say “you’ll love that” because you will know as well as I, that when a company that is in financial trouble seeks to get advances on next year’s income, that means it has no idea at all what to do to get out of the mess.  That is putting a sticking plaster on a broken arm.

So Barcelona need the Super League more than any other club.  It was its solution to its own problems.  And at least for now, it has lost that.

Worse, there is no plan B.

2 Replies to “Arsenal avoid part of the punishment for joining Super League; Barca on the edge of collapse”