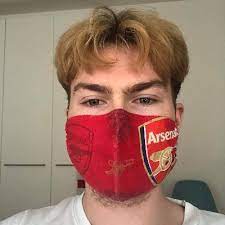 How wrong can an opening sentence be?   Take that from Kaya Kaynak who is described as the “Arsenal Writer” at Football London.   He says, “Last time out it’s safe to say that Arsenal’s Premier League campaign did not go to plan.”

Safe to say?  No, it most certainly isn’t.  The timing may not have been to plan – but none of us knows how long Mr Arteta thought it would take to stop the referees handing out yellow cards to Arsenal twice as often as they did for other teams, by changing Arsenal’s entire style of defensive play.  But the idea of cutting down tackles and therefore fouls and therefore yellow cards could have such an effect as to make Arsenal the second most successful team in the PL for the last two thirds of the season: that plan certainly came off.

To be fair Mr Kaynak does recognise that by Christmas Arsenal were 16th, with “fewer goals scored than every team except for Burnley, Sheffield United and West Brom.”

And here’s the thing – as far as I know he’s the first FoLo man to note “a second half to the season that would have left them second if the league had started on Boxing Day.”

Not quite true of course (but this is FoLo so its never quite true – Christmas last year came one third of the way through the season, because we started late, because of the pandemic… but I speak he detail.  He got some of it right, and that’s a big step forward.

Except that he then seems to have been ordered by his editors to mention the mythological difficult start to next season which includes one more top six encounter than we might have expected by the law of averages.

But then – and this is the really amusing bit, having designated games against members of the top six across the years as difficult, he calls a game against a club that has never been in the top six “a banana skin.”

So now every game is problematic, despite playing the last two thirds of last season as runners-up.  And this he says might encourage Edu “to speed up their transfer business so that Arsenal are not caught short for the start of the campaign.”

That’s not exactly a coherent or logical conclusion, since introducing new players is as likely to disrupt the team as improve it, and besides for the last two thirds of the season we were superb.  But as a way of sowing seeds of doubt on those already convinced that we’re in trouble before we start, it’s quite good.

But then here’s another twist.  A difficult opening means an easier run in – except we then have “Arsenal’s ability to subvert what looks to be an easy set of fixtures is well known.”

So it doesn’t matter whether we play top clubs or lower clubs, we screw it up.  Why it’s amazing that we have just accepted relegation already and drop into the Championship before the season starts.

And then we have the other variant – we’re not in Europe next season, something that must be mentioned three times in any article by law.   “Of course the great unknown variable for Mikel Arteta’s side is how the lack of European football will effect their Premier League form,” says the scribbler.

But even this is a two edged sword because “The increased freshness will all be irrelevant if morale is low after the opening fixtures though, and it is likely to be there where the Gunners bid to get back in to the Champions League places succeeds or fails.”

But hang on how low was morale last Christmas when we were 15th?

FoLo don’t run statistics (they even think the league table is a bit much) but the stats show that Arsenal revolutionised their approach last season in a way that cut their yellow cards by a staggering 42% compared with the previous season.  Meanwhile tackles went down by 22%, fouls down by 18% and yellow cards down by 45% over the previous season.

It must be obvious to a blind cat in a dark alley looking the wrong way in the cricket season that these changes came about by getting the players to alter their style of play and by outwitting the PGMO style of refereeing.  Yet this is not mentioned.

Which means the follow up issues are never mentioned.  Such as

Here are the numbers in case you are like Kaya Kaynak and have never seen them.